Senegal at the OSCARS
Nafi's Father

The filmmakers toured Senegal with a mobile screen sharing the feature film Nafi's Father with audiences across their native country. Now, they're up for an Oscar.

Senegal only started submitting for the Oscars 3 years ago starting with Alain Gomis’ FÉLICITE that made it to the Oscar shortlist. This was followed by Mati Diop’s wonderful film ATLANTICS that was also shortlisted and now this year with NAFI’S FATHER. Directed by Mamadou Dia, the film was selected to screen at MoMA and won Best First Feature at the Locarno Film Festival and then went on to screen at a number of festival around the world.

Maba Ba, the producer of Nafi's Father talked about the experience in a media release.

“Bitter Sweet, in this case Sweet then bitter. Sweet at first because of course I was and still am thrilled and proud to be chosen to represent my country. That’s huge at any stage of one’s career but especially for a first feature. The bitterness came short after because as a fan of films I could not believe it was only the third submission from Senegal.

“I thought what about Djibril Diop Mamebety, Ousmane Sembene, Moussa Sene Absa and the few more great Senegalese filmmakers that had done it way before us. These are story tellers whose work is studied in reputable film schools around the world to this day. I am however hopeful, with more access to information and much better/cheaper technologies, Senegal should be able to keep making thoughtful, deep and meaningful human stories that hopefully resonate with the rest of the world and compete amongst today’s great storytellers.”

In a small town in the northeast of Senegal, the local Tierno (Alassane Sy, “Mediterranea”), a religious leader qualified to be an Imam, practices a centuries-old homegrown version of Islam that adheres to Koranic scripture but also incorporates certain traditional animist practices.

His older brother, Ousmane (Saïkou Lo, “The Pirogue”), on the other hand, has fallen in with a fundamentalist sheikh from outside the region and is throwing money around to draw more people into his circle.

When he announces one day that his son, Tokara (Alassane Ndoye), will marry the Tierno’s daughter, Nafi (Aïcha Talla), the religious leader is taken aback, arguing that his daughter is too young; the real reason of course is he doesn’t want Nafi to fall into his brother’s orbit. 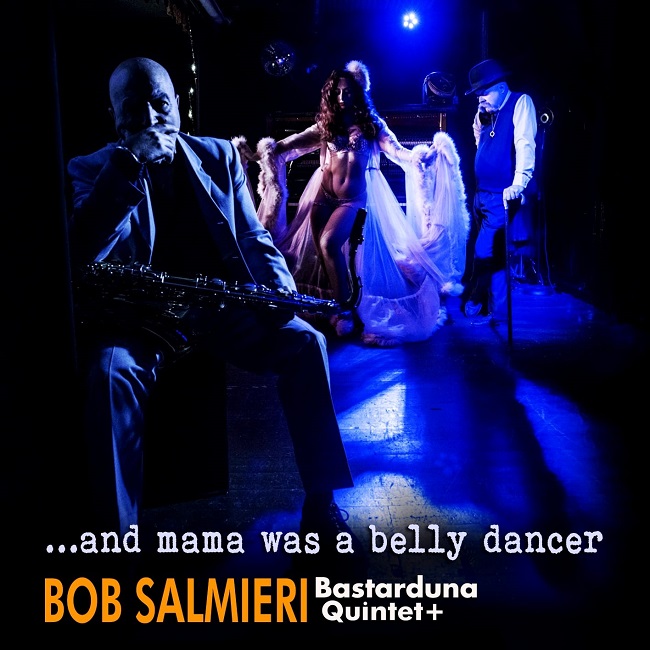 New Jazz CD: Bob Salmieri Bastarduna Quintet ...and Mama was a belly dancer (Cultural Bridge - March 7, 2021) During the COVID pandemic, jazz saxophonist and composer Bob Salmieri put together a new project, the Bob Salmieri Bastarduna Quintet, adding organ, trumpet and vibraphone to his usual instrumentation.  The results are melodic, and as the liner notes point out, occasionally bluesy. But, "the Mediterranean Culture has had its own Blues for Centuries, in many different shapes and forms: Rebetiko, Neapolitan, Flamenco, Jewish and Arabic music are full of intrinsic “Blues” atmosphere." Salmieri's sax is the star of the title track, with an appropriately sensual groove that disguises an intriguing series of chord changes. There's a definitely Middle Eastern tinge to the melody and rhythms.  Going by the titles of the tracks, it's a bit like instrumental storytelling. The vibraphone comes into the fore in the balinese dancer, its pure bell-like tones adding an e 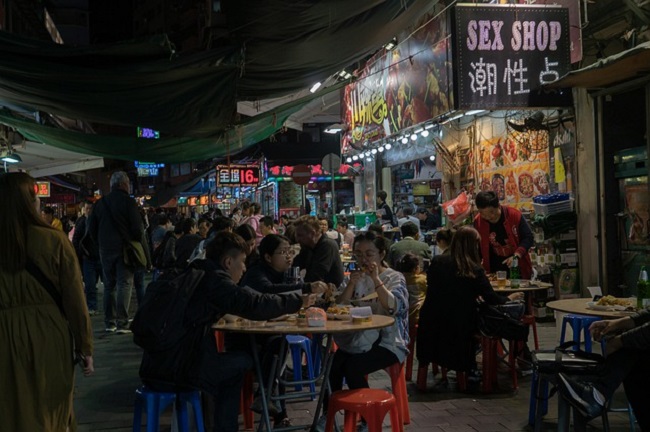 Street Food Hong Kong: Curry Fishballs H ong Kong is home to too many restaurants to count, including Michelin-starred establishments. Yet, no trip to the city can be considered complete without sampling its famous street food scene.  Hong Kong street food scene by Michael Kopp from Pixabay The street food of choice in Hong Kong is always going to be up for debate, but curry fishballs has to be one of the most ubiquitous. It's sold by most of the street stalls you'll find in Causeway Bay, Tusen Wan, Mong Kok , or Sham Shui Po , or any of the neighbourhoods where you'll find the best street snacks at places like the Tung Tat Food Shop (172 Fa Yuen Street, Mong Kok).  They've actually compiled the stats , and it's said that more than 55 tons of fishballs are consumed in the city every day. The humble fishball - typically served by the skewer and dipped in curry sauce - is also symbolic of the city's Cantonese roots .  Essentially, the fish is made into paste, a 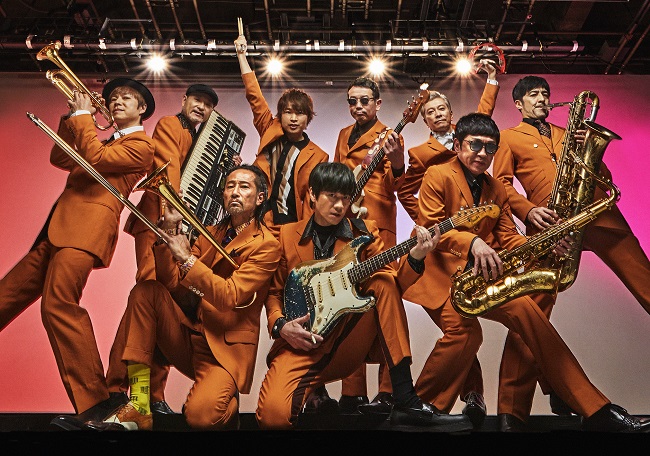 From a media release: Tokyo Ska Paradise Orchestra New Album SKA=ALMIGHTY LISTEN TO "SKA=ALMIGHTY" HERE Since their beginnings in the Japanese club scene, TSPO has risen to fame worldwide thanks to their powerful live shows. They have performed at festivals in Europe, the US, and Latin America, including Glastonbury, Supersonico, Lollapalooza,  SXSW, Coachella, and Vive Latino. Mexico is their second biggest market outside of Japan! Tokyo Ska's popularity with Latino fans has resulted in several key collaborations with renowned artists like Inspector, Los Auténticos Decadentes, iLe, Monsieur Periné, and Emicida, as well as stellar covers of Mexican classic "Cielito Lindo" and Cafe Tacvba's "Eres”.  Tokyo Ska Paradise Orchestra are kicking off 2021 with the release of their first album in 2 years, SKA=ALMIGHTY. On this album, mosh pit energy collides with epic horns and high-energy ska. The result is a joyful album that dares you not to get up and skank. 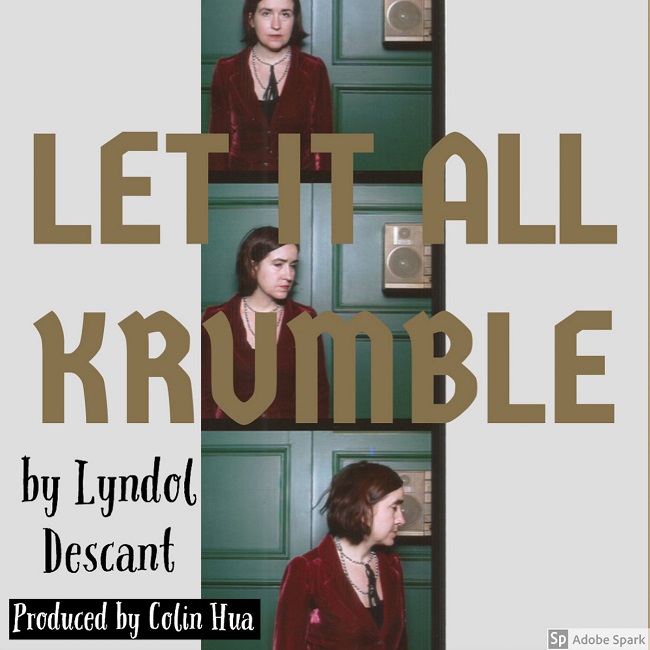 Indie Music: Lyndol Descant - Let It All Krumble (Independent / 18 August 2020) Stream/Buy It Composer, singer and pianist Lyndol Descant has crafted an interesting and quirky pop track in Let It All Krumble. She's got a distinctive voice with a sweet high end and a soulful mid-range, and a sense of expression and phrasing that's perfect for the poetic lyrics. The arrangement ranges from spare keyboard/vocals, intercut with an upbeat tropical-pop sound with irresistible rhythms.  According to the liner notes, Lyndol is a philosopher and student of metaphysics, her music reflects great depths of love and wisdom. After studying Jazz Piano and Composition in Paris from 2006-2010, she has played and taught music full time in NYC. The message of the song is about positive acceptance once you let go of the idea of failure.  Our hearts will feel the change, Because the truth we will no longer fight... Stay in touch: Official Website:    https://lyndol.com Facebook:  https://www.facebo