TMN's Living in Your Car Second Season in Production

on October 16, 2010
From a media release about a Canadian TV series that counts noted playwright George F. Walker among its creative team:

Toronto, ON – A second season of Living In Your Car, the critically acclaimed Canadian original series from The Nightingale Company, Walker/Romain Productions, beActive and Astral’s The Movie Network (Eastern Canada) and Corus Entertainment’s Movie Central (Western Canada), is currently in production. This series tells the unpredictable story of a business mogul’s fall from grace and his attempts to regain the life he lost. The series, created by George F. Walker, Dani Romain and Joseph Kay, continues production in Hamilton and is scheduled to be broadcast in 2011.

Written by George F. Walker, Dani Romain, Joseph Kay and Courtney Walker, and executive produced by legendary Canadian comedic talent David Steinberg, Living In Your Car tells the riches to rags story of Steve Unger, the fallen corporate exec who was once viewed as the embodiment of success and is now widely looked upon with contempt and pity. Having exchanged his luxury sedan for a converted van, the second season of this critically lauded series finds Steve settling deeper into the life of a car dweller, and attempting to 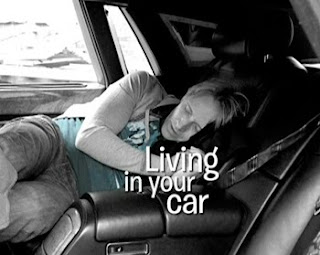 “We’ve been delighted that critics have embraced the show, and that the series has built such a broad and dedicated audience. We’re looking forward to building on that momentum in our second season”, says Debbie Nightingale, executive producer.

“Living in Your Car is a masterfully crafted series so it’s no surprise the show’s talented producers have attracted a cadre of Canadian superstars to guest in the new season,” said Aubie Greenberg, Director, Original Programming, Movie Services, The Movie Network. “We can’t wait for our audience to get behind the wheel for season two, it’s going to be a great ride.”

“It is a great pleasure to continue to work with this exceptional production team and group of writers and actors,” said Jocelyn Hamilton, Corus Entertainment. “We look forward to the continued antics of Steve Unger and the series’ cast of characters.” 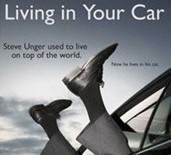