Special Canadian Release - ONLY being released in Canada for now before going to the rest of the world
POWERHOUSE VOCAL GUESTS INCLUDE: Rob Thomas, JD Fortune, Pat Monahan, Ben Harper and Tricky.

In their 33 years as a band, first as the Farriss Brothers, then as INXS, brothers Tim, Jon and Andrew Farriss, along with Kirk Pengilly and Garry Gary Beers have created some of the most enduring music in rock 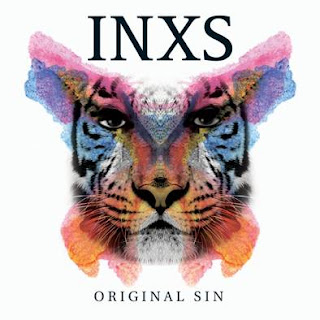 history. On Original Sin, INXS hits are revitalized for a new century and new generations of music listeners. This ambitious project finds the band teaming up with musicians from around the globe featuring superstars like Train’s Pat Monahan, Rob Thomas and Ben Harper to up and comers like Dan Sultan, Argentina’s Deborah de Corral and DJ Yaleidys of Cuba. From Thomas and Yaleidys’ sultry teaming on “Original Sin” and trip-hop superstar Tricky’s electrifying “Mediate” to Pat Monahan’s emotional “Beautiful Girl,” INXS boldly embrace their past and future on one album.

INXS have invited some of the best artists they knew or could think of to be part of the record. To have so many of their peers want to perform INXS songs is a testament to the songwriting and something that INXS keyboardist/guitarist and main songwriter Andrew Farriss is immensely proud of. “I'm truly flattered that we have so many artists interested in working with us reimaging these songs. In a sense, it's been re-energizing for us to look at ourselves differently in the context of being in 2010 rather than, you know, 30 years ago. I feel we’re very much doing something that's now and significant.”

“If I was one of the singers it would be an exciting project,” says INXS guitarist Kirk Pengilly.  “To be able to sing one of your favorite INXS songs but within INXS.  Michael always wanted us to continue and I am sure he would be throwin’ his 2 bobs’ in as to who the singers would be.” 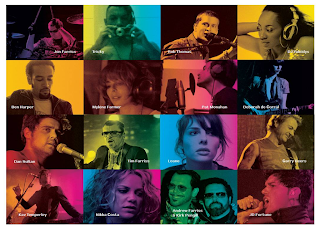 Tim Farriss agrees. “Original Sin is just, for me, so exciting. I know certain people might sort of perceive it as ‘why aren't you doing new material?’ but the fact of the matter is we're getting to play around with some of our favourite songs from our history and play them the way we want them to be heard today.”

Look for the upcoming INXS World Tour in 2011.