Women of Excellence in the Arts Evening March 28 in NYC 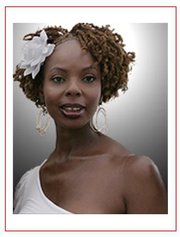 Women of Excellence in the Arts Evening
Monday, March 28 at 7pm

An evening of conversation sharing the beauty and power of women in the arts as experienced through the unique artistic journeys of Carol Mailliard, Dr. Glory Van Scott, Ntozake Shange, Tamara Tunie, and Jawole Zilla Jo Willar.

Carol Maillard
Carol is a founding member of SWEET HONEY IN THE ROCK. Carol is an accomplished actress and has performed in film, television, and on stage. Her theater credits encompass a wide range of styles from musical comedy and revues to drama and experimental. She has performed on and off Broadway. (Pictured left)

Ntozake Shange
Poet, playwright, novelist, and essayist, Ntozake Shange was propelled into the national literary and dramatic scene in 1974 with the dramatic debut of for colored girls who have considered suicide / when the rainbow is enuf and has since maintained a literary presence, garnering awards and honors for her achievements as a dramatist, poet, and novelist. (She's pictured below right) 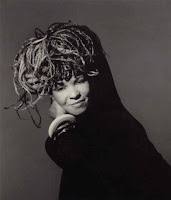 Dr Glory Van Scott
Producer/director, actress, singer, dancer, composer, performing on and off Broadway, She is a recipient of an Eleanor Roosevelt N.A.I.R.O. grant in the field of Human Relations and is also a Breadloaf Writers Scholar. Dr. Van Scott has also been awarded the key to the City of Dallas for her artistic achievements and the Coat of Arms and Maple Leaf Pins form the City of Owen Sound in Canada for her creative work with children.

Tamara Tunie
Best known for her roles on As the World Turns and Law and Order: Special Victims Unit, Tamara Tunie made her Broadway debut alongside Lena Horne in Lena Horne: The Lady and Her Music. In addition to being twice nominated for the Soap Opera Digest Awards, Tunie was honored with two nominations for the NAACP Image Awards. In 2007,

she received a Tony Award as co-producer for the musical Spring Awakening. She was also a Tony Award nominee (Best Play) for co-producing August Wilson's Radio Golf. Tunie completed her directorial debut with the 2010 romantic comedy See You In September. (She's pictured left)

Jawole Willa Jo Zollar
Jawole is an award winning choreographer and founder of Urban Bush Women. She is a fellow of the John Simon Guggenheim Memorial Foundation for choreography as well as a United States Artists Wynn fellow. Jawole was also selected by the Kennedy Center as a Master of African American Choreography. Jawole was featured as a leading influential dancer/choreographer on FLY: The Five First Ladies of Dance alongside last year's Woman of Excellence Carmen de Lavallade.(She's pictured below right)