David Mirvish proudly presents Hugh Jackman In Concert for a two week limited engagement at the Princess of Wales Theatre in Toronto.

The Canadian premiere of Hugh Jackman in Concert follows a sold-out, premiere engagement in San 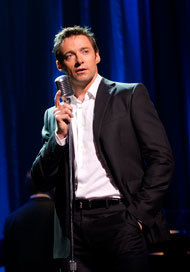 Francisco, where David Wiegand in the Chronicle wrote “Jackman is a dazzling singer and dancer.  It’s not that they don’t make ‘em like Hugh Jackman anymore – they never did.”

Backed by an 18-piece orchestra, Tony Award-winner Hugh Jackman performs a personal selection of his favorite musical numbers that reflect on the stage and film star’s remarkable life and career, from The Boy from Oz to Hollywood.

“I have always loved performing live on stage,” said Hugh Jackman of today’s announcement.  “Toronto was where I shot my first American film, X-Men, and has great memories for me for lots of reasons. I can’t wait to go back and spend some time there again.”

Hugh Jackman has uniquely balanced a movie and theatre career that has made him a superstar on Broadway as well as at multiplexes around the world making  his first major U.S. film appearance as Wolverine in the first installment of the X-Men franchise, a role he reprised in the enormously successful X2 and 2006’s X-Men: The Last Stand. Most recently, he reprised his role in X-Men Origins: Wolverine, one of the most successful “prequels” of all time. 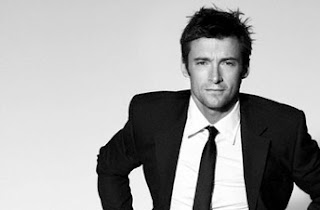 On stage, Hugh Jackman won critical kudos and awards for the Australian productions of Sunset Boulevard and Disney’s Beauty and the Beast.  In London he caused a sensation in Trevor Nunn’s staging of Rodgers & Hammerstein’s Oklahoma! at the National Theatre.  This was followed by a legendary Broadway debut portraying the 1970s singer-songwriter Peter Allen in The Boy From Oz, for which he received the 2004 Tony Award for Best Actor in a musical as well as Drama Desk, Drama League, Outer Critics Circle and Theatre World awards.

In the fall of 2009, Jackman made a return to Broadway in a sold-out engagement of Keith Huff’s A Steady Rain co-starring Daniel Craig.

Up next he can be seen in DreamWorks’ “Real Steel” out this October.

Mirvish Subscribers will enjoy priority access to ticket sales on May 24, 2011