Larger Than Life: Jun Kaneko at the Gardiner Museum, Toronto

Larger than Life at the Gardiner
Jun Kaneko traveling exhibition makes its only Canadian stop at Toronto’s Gardiner Museum
June 30 to September 18, 2011

TORONTO (June 2011) – From June 30 to September 18, 2011, Jun Kaneko will make its final and only Canadian stop at Toronto’s Gardiner Museum.  The highly anticipated exhibit features larger than 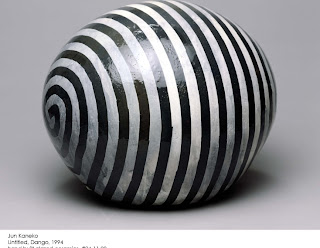 life ceramic sculptures, some of which are over seven feet high and weigh thousands of pounds.

“Whether I am making a larger or smaller piece, in the end I hope it will make sense to have that particular scale and form together and that it will give 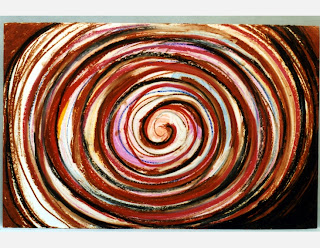 off enough energy to shake the air around it,” - Jun Kaneko Ceramics Art and Perception 2010.

Jun Kaneko is a traveling exhibition organized by Smith Kramer Fine Art Services for a tour of North America.  The Gardiner Museum is the final stop on the tour and the only scheduled Canadian venue for the exhibition.

Kaneko’s work will be on display at the Gardiner Museum from June 30 to September 18.

The exhibition will feature 39 visual masterpieces by the artist including a mix of large and small ceramic sculptures as well as a carefully curated selection of paintings and drawings.

Known predominately for his significant sized sculptures and installations, Kaneko has also designed opera sets and costumes for several productions in Omaha, Atlanta, Philadelphia and Vancouver. 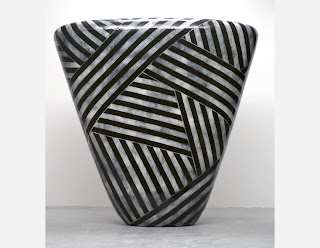 “We are very excited to have Jun Kaneko at the Gardiner this fall,” says Alexandra Montgomery, Executive Director of the Gardiner Museum. “As the only Canadian stop on this exhibit, Torontonians are getting a rare chance to experience Kaneko’s work. The monumental presence of his sculpture has a physical impact. Visitors to this exhibition will have a profound visceral experience.”

Jun Kaneko’s larger than life works have been seen at more than 40 museums around the world including the Smithsonian American Art Museum, Honolulu Academy of Arts and Scripps College. He has also been granted an honorary doctorate from the Royal Collage of Art in London. 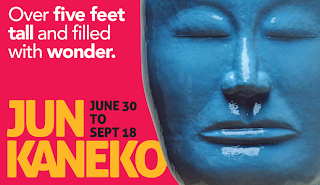 About the Gardiner Museum
The Gardiner Museum connects people art and ideas by offering an intimate look at one of the world’s oldest and most universal art forms -- ceramics. The collection spans continents and time, giving a glimpse into the development of ceramic processes, decoration and form. Year-round the Museum mounts special exhibitions, events, lectures and clay classes to complement its permanent collection.

The Museum also features a café that serves delicious local fare prepared by Jamie Kennedy Kitchens as its executive chef, and the Gardiner Shop, which specializes in artist-designed, artist-made merchandise.

Here's a brief look at the artist from his Omaha, Nebraska studio: