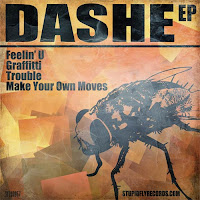 Dashe (Jim Romana) is a San Francisco based dubstep producer, DJ, and multi-instrumentalist crafting a wide array of bass music. Dashe started producing dubstep three years ago and has been influenced by the pioneering Bay Area Bass scene. Dashe was an integral part of the Bay Area drum and bass scene in the mid to late 2000’s sharing the stage with notable acts including Martyn, Calibre, and Artificial Intelligence, amongst others. After getting bit by the bass bug, he combined his decade of DJing experience with his traditional music background (from playing with punk rock and pop bands as a guitarist and bassist) to form his unique dubstep sound.

STREAM/DOWNLOAD DASHE MIX - INCLUDING ALL 4 TUNES FROM THE EP:


Above is a link to Dashe’s latest batch of dubstep tracks where you will hear a diverse range of influences from the driving energy/momentum of Skream and Benga, to the wobble of Kromestar, to the use of killer vocals ala Tes La Rok, the musicallity of Subscape, and the versatality of Caspa and Rusko, who can be hard and heavy as well as soulful and dubby. Outside of dubstep, Dashe is inspired by Roni Size, LTJ Bukem, and High Contrast, to the Wu-Tang Clan, Run DMC, and the funk soul elements of James Brown. 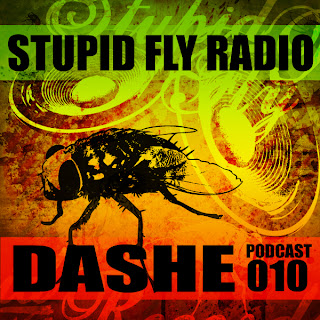 1. Feelin’ U – This is a vocal track that is on the soulful tip. The subtle wobble bass stabs reminded me of a musical Subscape track with a Dashe twist. This was my attempt to fuse the style of Soul Stream (my liquid funk dnb crew) with dubstep=Liquid Dub. I enjoyed sneaking in the “Jabba the Hut laugh” sample in there in between transitions.

2. Graffitti – This is a grime style track that has a nod to old school hip hop. When producing this one, I grabbed from the urban influences of my time growing up in NY. I made this as a running vocal track that makes me want to head-nod with every hit of the snare.

3. Trouble – This is the earliest track of this set, made in Jan 2011. This is a straightforward dubstep track with pulsing bass stabs and various transitions. I used this track as an experiment to play around with panning and spatial effects. This track was originally called “Get Up,” but I changed it to “Trouble” after my cat by the same name, who wanted my attention, would bother me whenever I worked on this track. I also added an old movie dialog sample to compliment the title.

4. Make Your Own Moves – This track has the obvious “Scarface” sample. The various bass in this track feels like they are talking to each other in a conversation. I picture a slow moving dark swing/pendulum out of an old cinematic movie.