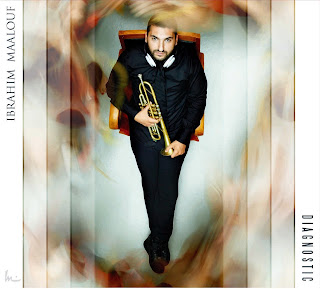 If you haven't had the pleasure of appreciating Ibrahim Maalouf's musical genius, please allow me to introduce you. The sweetness of his tones and deep emotion of his melodies grab your attention and don't let go. His last release, Diagnostic, is a self aware show of dedication to his family, to his past and the path that led him to now.

Composer and masterful trumpet player Ibrahim Maalouf was in the mountains of Lebanon, in his backyard. “I was taking sticks and hitting these big metal things that were in the garden, left there for ages,” Maalouf explains. “And suddenly, it appeared to me that I needed strong drums. Stronger than samples, or a regular drum set.”

So, in Paris, he recruited Zalindê, a 17-member, all-female, Brazilian-style batucada ensemble to blast out potent rhythm tracks. 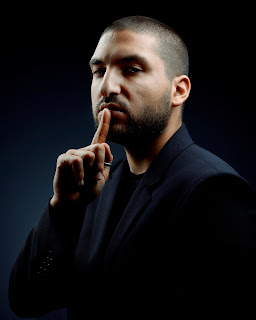 This intense, ingenious creativity—balanced with a well-honed, open-minded musicality—guides Diagnostic (Harmonia Mundi/M’ster), the third album in a striking triptych that reveals the Lebanese-born, French-based musician in all his wild glory. Maalouf can swing into a Latin beat, whip up a microtonal Balkan brass procession, effortlessly reimagine microtonal Arab melodies, or kick out the jams in a cleverly crafted shout-out to metal or Michael Jackson.

The vivid expressiveness all serves to get to the heart of Maalouf’s life, loves, and past, in an unflinching exploration of connections, change, and music’s therapeutic insights. The results are strikingly catchy, intriguing, and emotional.

“Since it’s my music, I choose what I think is beautiful. For example, I love Balkan trumpets, and I really love Brazilian batucadas, and when you put a Brazilian rhythm under trumpets playing an Arab melody with a Balkan feel, I think it sounds really good. So I did it.”

Maalouf will be performing on June 21, 2012 at Drom and as part of Make Music New York at the French Consulate.