Tix on Sale Now: Sony Centre For The Performing Arts presents the Return of Louise Lecavalier May 29 & 30 2015

Sony Centre For The Performing Arts presents
the Triumphant Return of
Louise Lecavalier in
SO BLUE
After a sold-out run at last summer’s Luminato Festival
Tickets On Sale Now!
Two Performances Only May 29 & 30, 2015

“Lecavalier is arguably Canada’s foremost female contemporary dancer. Now she shows herself to be a formidable choreographer as well.”  Montreal Gazette

TORONTO - The Sony Centre For The Performing Arts is proud to present the return of SO BLUE, choreographed and performed by Louise Lecavalier, joined by Frédéric Tavernini after a highly acclaimed and sold-out run at the Fleck Dance Theatre last summer. 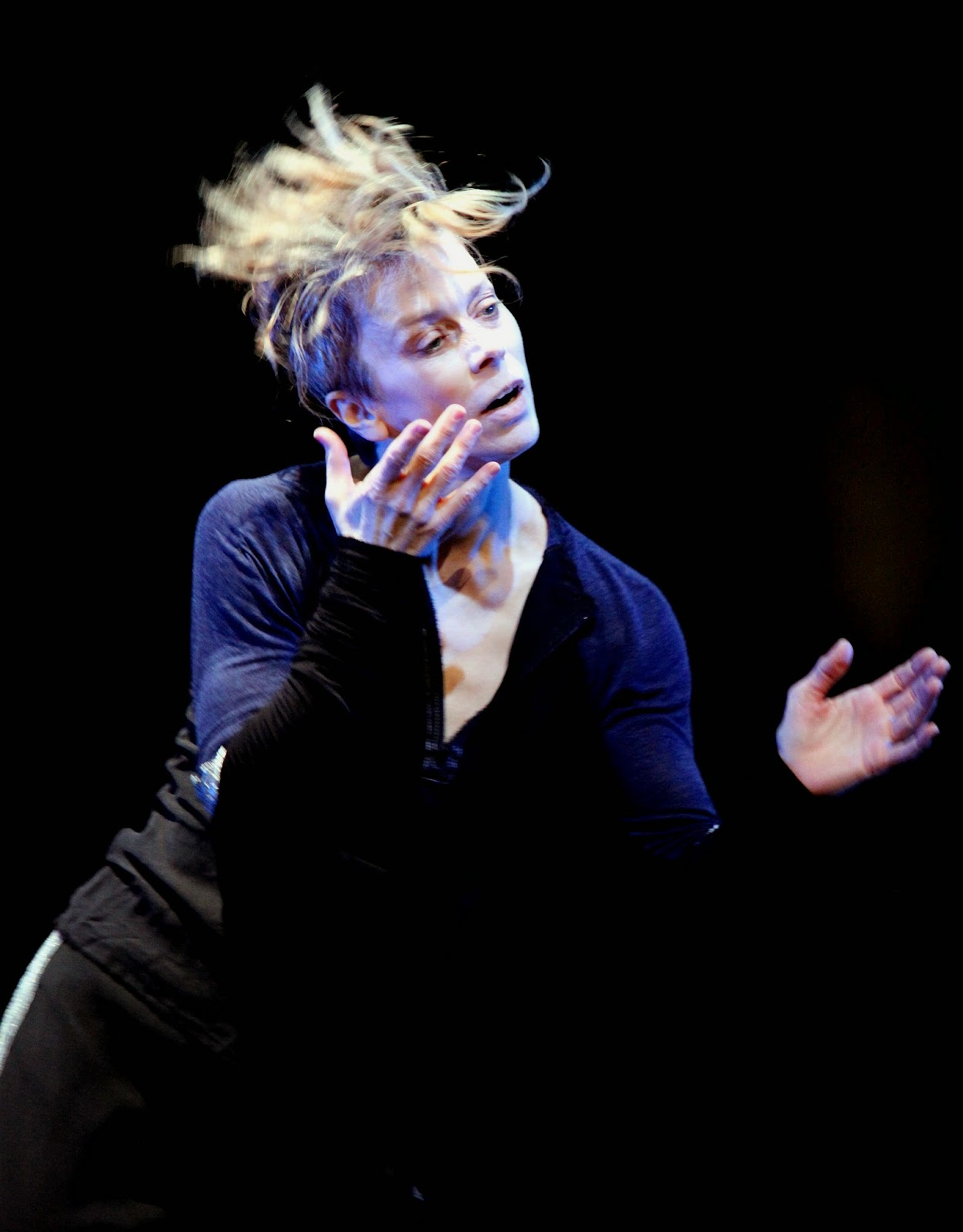 Physically, Louise Lecavalier is an arresting composite of David Bowie and Tilda Swinton, and in the world of contemporary dance, she is as iconic as both. The Montréal native began her career at 18 with Le Groupe Nouvelle Aire, where she met choreographer Édouard Lock. With Lecavalier as his main muse, Lock created La La La Human Steps. Many of the troupe’s seminal works— including Human Sex, New Demons and 2—were defined by her remarkable power and presence. Lecavalier also figured prominently in Lock’s collaborations with Frank Zappa and, fittingly, Bowie with whom she performed a duet at a benefit for the London Institute of Contemporary Art.

SO BLUE, first presented in Düsseldorf in late 2012, marks her volcanic emergence as a choreographer.

The first 30-minutes of SO BLUE features Lecavalier in a perilous solo with a vibrant, swirling soundtrack composed by Turkish-born Montrealer Mercan Dede. Joined by Frédéric Tavernini for the second half, their raw, shared energy reaches dizzying heights.

“An intoxicating marriage of performance brilliance, ritual and feverish musical push . . .  by the end of it we are all in a transcendent state together.  There are few performers who can take an audience on this kind of journey – Lecavalier has proved over and over again, and she does once more with So Blue, that she is one of them.” The Dance Current

In March 2014 Lecavalier’s company, Fou Glorieux, was awarded the 29th Grand Prix du Conseil des arts de Montréal, recognizing the achievement of Lecavalier as an ambassadress for Montreal’s artistic vitality, as well as for her legendary contribution to contemporary dance.

Lecavalier was also awarded the highest distinction in the realm of performing arts in Canada as one of 2014’s winners of the Governor General’s Performing Arts Awards, and was praised as “one of this country’s most admired and respected contemporary dancers, who continues to dazzle the public and expand the boundaries of her art.”

Sony Centre For The Performing Arts presents
SO BLUE
Choreography by Louise Lecavalier
Performed by Louise Lecavalier and Frédéric Tavernini
May 29 & 30, 2015 @ 8pm
BLUMA APPEL THEATRE
St. Lawrence Centre for the Arts, 27 Front Street East
All Tickets $75 (Ticket prices do not include service and delivery fees)
Tickets can be can be purchased in person at the Sony Centre Box Office,
1 Front Street East, over the phone at 1-855-872-SONY (7669) or online at www.sonycentre.ca