The Imaginarium of Dr. Parnassus (a TIFF preview) 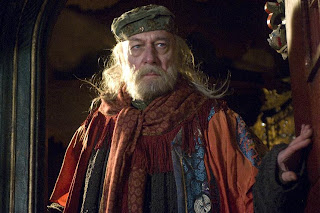 I like to go into film screenings cold - unprepared, not having read, seen or discussed anything that I think is likely to prejudice my viewing - and I don't get into celeb gossip, so I had no idea, for example, that this was Heath Ledger's last film before his unfortunate passing earlier this year. The ingenious solution, that of using Johnny Depp, Jude Law and Colin Farrell in succession as various permutations of the oily character Tony was, I felt, one of the film's stronger points. In some odd way that I wouldn't have anticipated, the four of them really did seem like they could have been different faces of the same man. It's a bit vague as a statement, I'll admit, but Gilliam's fantastical film doesn't much lend itself to clear or convenient explanation.

Check out the trailer here and you'll see what I mean.

The Imaginarium of Dr. Parnassus is a travelling side show run by the aforementioned, his beauteous daughter Valentina, and faithful sidekick Anton as the story begins.
But Dr. Parnassus, played by Christopher Plummer in a brilliantly nuanced turn, is a drunken, tortured, inveterate gambler who lost a fiendish bet with the devil (Tom Waits, more about him in a bit) years ago, one that puts her into Beelzebub's grasp at the tender age of 16. Along comes Tony to shake things up and possibly save the day - or can he?

Inside the story is a whimsical fable that ruminates on the nature of good - the complete freedom of the imagination - and evil - that reasonable sounding voice that tells you to be happy with financial security and material comforts. But if it has a philosophy, the film's heart lies in the consistently vivid and memorable characterizations, and in a story about a father and his daughter, anchored by Plummer and the doe eyed, red haired Lily Cole as Valentina. Tom Waits is also particularly strong in the role of the devil, a quiet spoken demon who softly encourages giving into ones' addictions, various fears and insanities. If there is a devil, I'm sure he's rather like that. 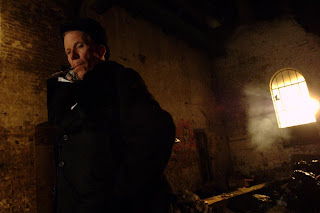 The visuals add to the film's magical sensibilities, with cartoonish landscapes, a storybook universe that reminded me of those Dali-esque netherworlds Porky Pig used to end up in (am I crazy or what??). Gilliam's films are often seen as rather obtuse, not linear in logic certainly. You may think you've caught onto something, but then you seem mistaken, or do you..? And its elevation of the idea of free imagination isn't seen as an entirely positive development, either, as the Imaginarium and Parnassus' craziness lead the lot of them just as often into destructive chaos as to anything good. If you're prepared to simply give yourself over to its eccentric universe and capricious logic, however, you'll have a lovely time with it. The Dr. does know how to put on a good show.
Christopher Plummer colin farrell Heath Ledger Johnny Depp Jude Law Lily Cole Terry Gilliam tiff toronto international film festival

From a media release: Theatre, Self-Care & More Online: Next Stage Community Booster January 21 to 24, 2020 Streaming passes on sale now! Starting today, and starting at $15, you can access Theatre Shorts, co-presented by TO Live, Storytelling with Steam Whistle, a Self-Care Hub (PWYC) and more. Not sure where to start? Join Executive Director, Lucy Eveleigh, for an online tour of the Next Stage Community Booster tonight (Thursday, January 21) from 7 - 7:30pm on Facebook Live . Lucy will guide you through the website and all the programming, and answer any questions about buying passes.  Lacuna Collective Theatre Shorts, co-presented by TO Live  - $25 for all 6 performances  LACUNA From Lacuna Collective CHOREOGRAPHY FOR A TRIO From Nostos Collective THE KINDNESS OF MURDER From Minmar Gaslight Productions BEGIN AGAIN From Begin Again Collective MARY HENDERSON From Act 3 Theatre IN SEARCH OF From Animacy Theatre Collective BUY THEATRE SHORTS PASS Access all of the Theatre Shorts co

From a media release: LAMC 2021 Latin Alternative Music Conference May 4-7 2021 - Free. Online.  Registration Now Open! Click Here to Register for Free Following the success of last June's conference in its first-ever virtual form, and knowing that things are still up in the air as far as in-person events, we are once again hosting the conference digitally. This year, the LAMC will take place online the week of Cinco de Mayo (May 4-7th). The LAMC was one of the first music conferences to go digital, and the first one in the Latin space, and many feel that we helped set a standard for what these sorts of events should aspire to be.  We had an outstanding turnout last year for our first fully digital experience, and we hope you will join us once again for four days of panels, workshops, showcases and networking. As many in our industry continue to face financial challenges, registration will be free again this year thanks to the wonderful support of our sponsors and supporters.  In a

Electronic Psychedelica: Ryan Summers: Undo Influence (Independent / 23 October 2020) Stream It On Spotify Ryan Summers is a multi-talented musician and producer based in Wisconsin. Undo Influence is an inventive and intriguing album of electronic music with a psychedelic twist, and an unusually inventive originality. The music is strongly rhythmic, and he approaches it by developing layers of sound. Chasm begins with acoustic guitar that sounds familiar, then veers off into a spacey mode with effects and atmospheric sounds. Summers' vocals are urgent and expressive. Curious Story is a highlight of the release with its cool electronic effects and eerie vocals. It's a spooky and unsettling song that demonstrates Summers' talent for soundscaping. If it reminds me of anything, it's David Bowie's Ashes to Ashes. Follow You delves even further into a spacey mode, something like an acid-tinged carnival. The musical mood gets into heavy electronic metal in Holy Criminal, a

From a media release: Senegal at the OSCARS Nafi's Father The filmmakers toured Senegal with a mobile screen sharing the feature film Nafi's Father with audiences across their native country. Now, they're up for an Oscar. Nafi's Father Senegal only started submitting for the Oscars 3 years ago starting with Alain Gomis’ FÉLICITE that made it to the Oscar shortlist. This was followed by Mati Diop’s wonderful film ATLANTICS that was also shortlisted and now this year with NAFI’S FATHER. Directed by Mamadou Dia, the film was selected to screen at MoMA and won Best First Feature at the Locarno Film Festival and then went on to screen at a number of festival around the world. Maba Ba, the producer of Nafi's Father talked about the experience in a media release. “Bitter Sweet, in this case Sweet then bitter. Sweet at first because of course I was and still am thrilled and proud to be chosen to represent my country. That’s huge at any stage of one’s career but especially f