An eclectic digest of what's taking the stage this fall in Toronto.

Sure, you've got your Jersey Boys, your Virginia Woolf and your Cirque with Ovo still playing in town. I don't pretend to offer an exhaustive listing of what's hitting the boards in Toronto this fall - that would take me all week to compile! - but here's my look at some shows that seem particularly interesting and sometimes off beat.

October 14 - Support the arts and charity too at the 8th Annual Spotlight! Cocktail Reception & Silent Auction for Fife House, featuring live performances by some of Canada's bright lights in the worlds of jazz, opera and musical theatre.

Now on stage to October 10 - Jerry Springer - the Opera returns to Toronto to offend and delight with the gleeful lack of taste of its namesake in a three week run at Hart House Theatre. It was a hit last time around, and looks to repeat its success this fall.

October 1 to November 1 - After getting rave reviews in the U.K., Canadian playwright Brad Fraser's True Love Lies comes to Toronto's Factory Theatre for a month long run. Like much of Fraser's work, it takes a brutally funny look at modern life, this time in the form of a family with deep, dark secrets. It's in previews September 26-30.

October 6 to November 15 - Tarragon Theatre brings you The Drowning Girls, a Toronto premiere of what looks like an interesting and inventive work. A hit at Edmonton Fringe, the award winning show looks at three brides emerging from their daily bath to tell the tale of a whirlwind romance - all with the same guy.

September 28 to October 24 - Canstage opens their fall season with Rock 'N' Roll, a play by world renowned playwright Tom Stoppard and starring Fiona Reid, Shaun Smyth and Kenneth Welsh in a story about love, revolution and the end of communism with a rock 'n' roll theme. Pre-show talks with Professor Rob Bowman October 7, 14 & 21 at 7:15pm in the theatre lobby.

Opens October 31 - Cheer for Melvin Ferd the Third in the stage version of The Toxic Avenger, based on the hit cult movie of the same name by Troma Studios. Turned into a 7' mutant freak with superhuman strength after he's dumped into a vat of radioactive toxic waste, Toxie becomes New Jersey's first superhero, out to save NJ, end global warming, and perhaps find love in the process. Stars Dora Award winner Louise Pitre, along with Evan Smith, Brittany Gray, Jamie McKnight and more. Opens on Halloween, October 31, with previews from October 20 at the Music Hall. 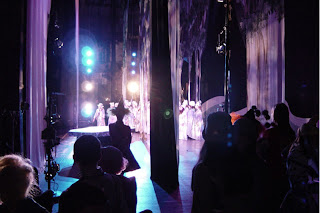 (image of opera from backstge by Peter Goyette of Chicago)
Opera:

October 4 - The Elmer Isler Singers team up with the renowned Nathaniel Dett Chorale, (probably best known for their command performance at US President Obama's inauguration,) in an evening of Afrocentric choral music at Our Lady of Perpetual Help Church. The programme features the timeless works of Byrd, Tallis, Gibbons and more.

October 17 to November 5 - The Canadian Opera Company looks to have a great season lined up, but if you can only catch one show, you might want to hone in on The Nightingale & Other Short Fables, a World Premiere of short pieces by Igor Stravinsky as directed by artiste extraordinaire Robert Lepage. The pieces will combine singers, acrobats and nearly 100 beautifully costumed handcrafted puppets in a dazzling display - just what we've come to expect from both Lepage and the COC. After this Premiere, the show will tour the world, so you'll be among the first to see it.

October 31 to November 7 - Opera Atelier is a company unique in North America, producing opera, ballet and drama from the Baroque period (17th & 18th centuries) using original instruments along with sumptuous stage sets and costuming for a truly unique experience. This fall, they bring Gluck's rarely heard 1779 opera Iphigénie en Tauride to life, telling the story of the Greek princess who was abandoned on the Island of Tauride for the entire Trojan War. Once she's reunited with her brother Orestes (who just murdered their mother, Clytemnestra - oh those Greek tragedies!) her courage gets them back home safely. Stars Croatian tenor Kresimir Spicer as Orestes and Peggy Kriha Dye as Iphigénie, with music from Tafelmusik Orchestra.

December 2 - Tapestry New Opera is a company dedicated to the creation, development and performance of new opera works via a collaborative process. They have a number of interesting projects underway for 2010, including the World Premiere of Dark Star Requiem, an operatic oratorio on the history of HIV/AIDS featuring the Elmer Isler Singers, but in the meantime you can catch their 30th Anniversary Celebration one night only featuring a trio of sopranos - Patricia O'Callaghan, Jean Stilwell and Theresa Tova at the Fermenting Cellar in the Distillery District. 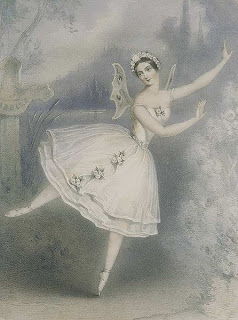 October 9 to 11 - Shen Yun Performing Arts bring the classical music and dance of China to the Canon Theatre for a three day run only. Audiences and critics alike have marveled at their physical mastery and brilliant choreography, which combine with dazzling costumes and staging for what sounds like a spectacular show.

October 14 - Catch preview excerpts from Ballet Jorgen's new works with Ballet in the Studio, including introductions from the choreographers, refreshments, and a chance to meet with the dancers after the performance.

Harbourfront - this venue needs a category all of its own when it comes to supporting dance in Toronto, and the Next Steps Series this coming season's no exception, featuring 23 companies and 10 World Premieres, no less. Of special note:
October 18 to 24 - the Toronto Flamenco Festival heats up the Lower Ossington Theatre featuring Rafael Campallo, who the New York Times describes thus: "..a stylish, authoritative young flamenco dancer.. He is good at flamenco’s sudden yin-yang shifts of hot and cool, substituting casual for cool to potent effect." (And you can read more on that here.)

November 25 to 29 - The National Ballet has a season of classics and more lined up, including this exciting programme that features an evening of new pieces, one of which being a World Premiere by Canadian choreographer Aszure Barton (fresh from the début of her work with the American Ballet Theatre at the Lincoln Center in October.) Also on the bill will be Balanchine's The Four Temperaments, and Glass Pieces, a modern dance work by Jerome Robbins set to the music of Phillip Glass.
aszure barton ballet jorgen brad fraser chinese dance dance fiona reid flamenco gluck national ballet opera robert lepage stravinsky theatre tom stoppard toxic avenger