The imagineNATIVE Film + Media Arts Festival kicked off with a bang last night - a full house at the Bloor Cinema for two fascinating films and a rocking after party at the Century Room later on.

The films were actually a late start as organizers struggled to find seats for everyone in the capacity crowd, but well worth the wait, particularly after a brief live performance by extraordinary throat singer Tanya Tagaq before the screenings. She also stars in Tungijuq, a short directed by Felix Lajeunesse and Paul Raphael, and co-starring Zacharias Kunuk, also executive producer, and also the director of Atanarjuat :Fast Runner, the film that caused such a splash at Cannes in 2001. The short looks at the Inuit hunting tradition with spectacular visuals and a poetic sensibility. 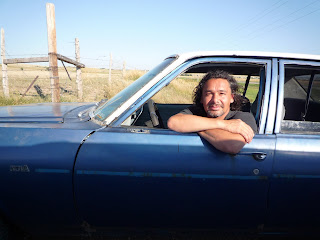 The main event was director Neil Diamond's Reel Injun, a documentary that follows Diamond's physical and spiritual journey from his home town, a reservation in the High Arctic, through the Great Plains of the American west, all the way to Hollywood to look at the evolution of Aboriginals in film - all of it in a "rez car" (you know what I mean - see pic above!) Hollywood has been in love with at least the idea of Indians since the dawn of film - over 4,000 movies have been made about Indians, (a word that sounds weird to me - that's people from India, right? - but was used exclusively in the flick), and in fact, when Edison first demonstrated the Kinetoscope, a precursor to motion pictures, what it showed was a native ceremony.

The silent film era was actually rather kind to the image and notion of Indians and their traditional way of life, using actual Indian actors and depicting them in a variety of stories. With the advent of talkies, however, in the early 1930's, for whatever reason the tide of public tastes had turned, and what followed was a long era of misrepresentation and false mythology. The many and varied nations were homogenized into the iconic Plains Indian image we all recognize from cowboy and Indian movies - wearing the feathered headdress and a headband (an inaccuracy in itself). Indian children grew up wanting to be the cowboys because, who wants to be on the side that always loses? John Wayne, and the movies of John Ford, became the symbols of white progress held up by and eventually conquering the red menace. (Hell, there's even a clip of Bugs Bunny gleefully killing off the Injuns!) 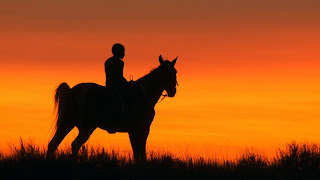 It's an eye opening journey from there to the 1960's, when civil rights movements led to a re-examination of the Indian in film, and the evolution in terms of image from bad Indian to the noble Indian, from the Billy Jack movies all the way to 1990's Dances with Wolves - well meaning, but still the white man's version of the story. Kunuk's Atanarjuat is the real watershed, the moment when Aboriginal cinema came into its own on the international scene.

Reel Injun is both funny and thought provoking, and includes a host of interviews with people like John Trudell, a member of AIM (the American Indian Movement) who was at the infamous occupation at Wounded Knee in 1973, and Sasheen Littlefeather, the Indian woman who made the speech for Marlon Brando in declining his Oscar win in support of their efforts, along with a slew of celebrities and filmmakers who flesh out the story. It's a film that has, or should have, universal appeal in its examination of the Hollywood image making machine and its effects on us all.
aboriginal film aim atanarjuat first nations hollywood-elsewhere imaginenative film festival indians john trudell wounded knee