Hopefully all the star power on Broadway isn't taking audiences away from the many fine off Broadway shows this season. Here are some interesting picks:

Does happily ever after exist?? That's the question examined in Down the Rabbit Hole, a one woman show written entirely in Def-Jam Poetry, spoken word, verse and music. It's been called shocking yet whimsical.. and sounds like it's worth checking out.
Opened October 1 Limited run to October 17

Experience documentary theatre with Aftermath, a powerful look at the Iraq war from the point of view of Iraqi citizens. New York Theatre Workshop sent Jessica Blank and Erik Jensen to Jordan to interview Iraqis as they fled the chaos of the war, and those stories form the basis for this work.
Extended to October 18

Oscar Wilde's delightful fairytale comes to life in The Selfish Giant, a family friendly show that includes music, dance, storytelling and puppetry. You can add to the experience with a pre-show arts workshop where you meet cast members and the playwright.
Closes October 25 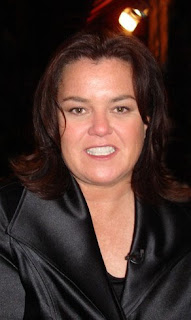 Love, Loss, and What I Wore is a collection of vignettes and monologues by Nora and Delia Ephron, based on the best selling book by Ilene Beckerman along with stories from the Ephrons' friends. The production features three different 5 member casts who will perform the piece in 4 week cycles. Cast members include Samantha Bee, Rhea Perlman, Lucy Devito, Kristin Chenoweth, Tyne Daly, Katie Finneran, Rosie O'Donnell, Mary Louise Wilson and Rita Wilson. A portion of the production's proceeds will benefit Dress for Success, a charity that provides work clothing and job support for low-income women. Audience members will be invited to donate their gently-used purses and other accessories in the theatre lobby. (Image of Rosie O'Donnell by Jason Chatting, 2006)
Opened October 1 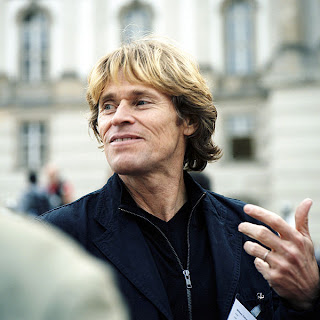 Fresh from his turn in Von Trier's creepy Antichrist, Willem Dafoe stars in Idiot Savant, a piece from Richard Foreman, a legend of the avant-garde. It's been described as a boundary pushing philosphical comedy - I'd go just to find out what that is! (Image by Daniel Kruse, Berlin 2006)
Opens October 27 Limited run to December 15

Naked Boys Singing really says it all. There's comedy, there's guys, and there's no clothes - what could be better? It's a cheerful, cleverly written show that's been playing for about a decade at the New World Theater.

Lasers, lighting effects and bubble artistry combine in the Gazillion Bubble Show a family friendly and magical theatre event that's likely to dazzle parents too as it has been for the last three years.

The Awesome 80's Prom is an interactive show set at Wanaget High in 1989, where the audience gets to decide who becomes Prom King and Queen. Running for five years straight.
documentary new york nora ephron off broadway oscar wilde theater willem dafoe