on October 08, 2012
With some material from a media release:

Seinn is a new release from long time friends Mary Jane Lamond and Wendy MacIsaac, two stalwarts of the traditional music scene in Cape Breton. While their friendship and a shared interest in Nova Scotia's Gaelic 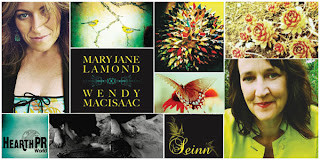 heritage go back a long way and they've played together before, this is their first formal collaboration.

Wendy is an award-winning fiddler, piano player and step dancer from Creignish, Cape Breton. While visiting her grandparents throughout her youth, Mary Jane fell in love with Scottish Gaelic traditions and song and released her first album while enrolled in Saint Francis Xavier University's Celtic Studies program.

The CD includes traditional songs as well as new material that bring those beloved traditions into the present day. This isn't museum piece music, but the Gaelic Scottish music tradition as a living, breathing art. 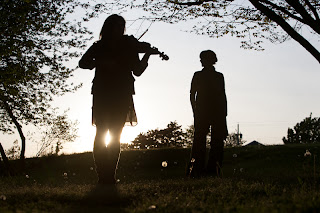 The overall tone of the music is bright, lit up by Wendy's fiddle that dances over the notes with an astonishing sense of both delicacy and virtuosic technique. It's an upbeat CD that includes some purely instrumental tracks along with songs in Gaelic.

Wendy's fiddle is alternately gentle and insistent, playful and sombre in tone, joined at times by piano and guitar. Mary's vocals are clear and distinctive and mirrors the fiddle lines in its fluid agility.

There are sweet ballads and soulful folk songs and sometimes the Gaelic tradition is given a jazzy treatment in tracks like Keeping Up With Calum and my favourite, Hoireann Ó Rathill Iù O, an old ballad given a contemporary jazz makeover.

• Check out a couple of tracks at this link