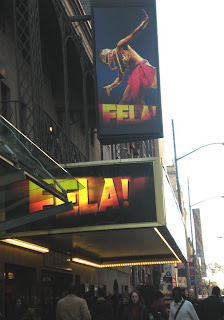 If you're looking for connections between Africa, New York, and the performing arts, then the big story has to be Fela! on Broadway, a show that delves into the music and extravagant lifestyle of one Fela Anikulapo Kuti, known simply as Fela to his legions of fans. A native of Nigeria, he was the pioneer of what we now know as afrobeat, and also a political activist. His mother, Funmilayo Ransome-Kuti, who played a very strong role in his life (as is typical in African families,) was a feminist activist and anti-colonialist, and his father was both a Protestant minister and first president of the Nigerian Union of Teachers. While studying in London, Fela formed a band whose music fused African jazz and funk with rhythmic West African styles that features horns and multiple guitars. He went on to return to Nigeria, tour the U.S. (where he was heavily influenced by the Black Panther movement,) and famously married 27 women (many of them dancers in his shows) at once. He was also attacked and viciously beaten by Nigerian soldiers in 1977, and his then elderly mother died from her injuries in the raid on his studio, precipitated by his album Zombie which was critical of the Nigerian military. That's just the tip of the iceberg in the story of this larger than life figure, and not his first or last brush with authorities. Check him out here. 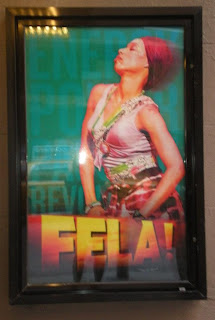 His life is definitely the stuff legends are made of, and one that struck New York Tony® Award winning choreographer and impressario Bill T. Jones as being more than worthy of a treatment on stage. Fela! played first off Broadway in late 2008 for a limited run, and its dynamic blend of theatre and concert was well received by critics and audiences alike.

As Jones describes it, the creation of the show was a collaboration between himself and co-writer Jim Lewis and people like Aaron Johnson, of Antibalas Afrobeat Orchestra, (in the last picture below,) and Maija Garcia, a movement artist and student of Yoruba culture, both now members of the cast. Antibalas, a Brooklyn based collective formed in 1998 and who have played all over the world, are the musicians you'll see on stage. The goal was to preserve the spirit and identity of the music and dance while making it relevant to modern North American audiences. The rest of the cast includes both African Americans and Africans like Ismael Kouyaté, a Guinean born into a family of artists and praise singers, and who previously performed with Les Ballets Africains.

It's playing in previews and set to open officially on November 23, and with Academy Award nominee Will Smith, Jada Pinkett Smith and Grammy winner Jay-Z joining the producing team in the last week or so, it seems assured of the backing needed for a good long run. Together with the reissue of Fela's catalogue on CD this year, a renaissance of Fela's oeuvre in general is in the works. Check out a behind the scenes look at the production here.

The rich musical culture of Guinea in West Africa, where families of griots, (musicians and storytellers,) guard traditions that date back centuries, has contributed much to the musical fabric of New York City. 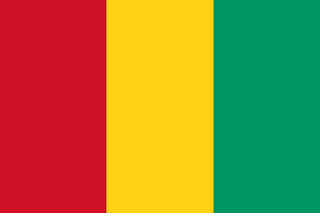 Musicians like Famoro Dioubaté and Balla Kouyaté bring the balafon, a traditional instrument guarded in their family for 800 years (the original instrument still guarded by El Haji Sekou Kouyaté - father to Balla and grandfather to Famoro,) and its bright rhythms to the city's clubs. The instrument itself dates back to the days of the Mande empire, whose name was the inspiration for the Mandingo Ambassadors, a group that counts Ismael Kouyaté as a member. So established is Guinean culture in NYC that, in 2006, during a previous period of political and civic unrest, the national radio stations broadcast exclusively traditional music in an effort to promote national unity, and one of the CDs played often was Fula Flute, produced and recorded in NYC with both African and non-African artists. The Tokounou Dance Company, among others, adds movement to the musical mix. 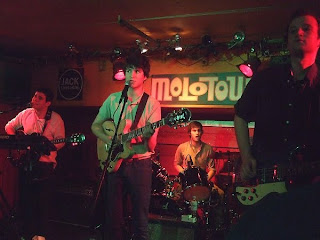 But it's not only authentic traditional music that you'll be dancing to, musicians collaborate naturally and the result is often a hybrid of styles. At the far end of that scale, and evidence of the level of penetration that African music has achieved, you'll find Vampire Weekend, an indie rock band with a growing cult following. Consisting of four Columbia grads, Vampire Weekend's only connection to Africa is the music that they call "Upper West Side Soweto", with song titles like Cape Cod Kwassa Kwassa, and references to Congolese soukous music, among others. Check them out in action here.

You won't have to make a special effort if you want to connect with African culture in the city, just check the club and concert listings for acts on tour, like Femi Kuti, eldest son of Fela and an international star in his own right, (he toured North America last summer, including stops in both NYC and Toronto). 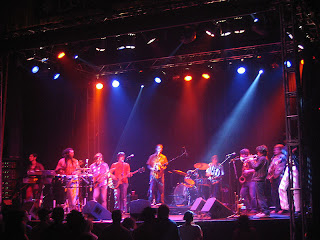 Every Wednesday you can catch the Mandingo Ambassadors at Barbes in Brooklyn, and my personal favourite is Africa Night, Saturday nights at St. Nick's Pub in Harlem. The musicians come on about midnight, and they play an eminently danceable blend of traditional and modern instruments, African polyrhythms and North American jazz to the wee hours. To quote Oliver Mtukudzi, a Zimbabwean musician I recently interviewed in Toronto (yet another hotspot of African culture..) bring your dancing shoes - it's time to feel good!
african culture african music antibalas orchestra bill t jones fela kuti fela on broadway femi kuti guinea new york vampire weekend