on November 10, 2009
A Saturday afternoon (November 7) sampling the galleries of Chelsea

Nota Bena: I'm calling in "Chelsea", and while that's correct, it's also correct that the galleries I sampled all found themselves in the building located at 511 West 25th Street (near 10th - the building with the Tesla electric car dealership on the ground floor) due to my taking the lazy route, and they represent a completely random sampling at that, including a couple of openings, free wine and all. Here's a look at what was on display in the hotbed of New York's contemporary art scene.

What Would Mother Say - PPOW Gallery
American artist Dotty Attie is known for work that explores gender politics, and she does so in this show with a sly sense of humour. Consisting of series of small (about 6" x 6") canvasses painted in a kind of grayscale, the images are taken from vintage photographs. 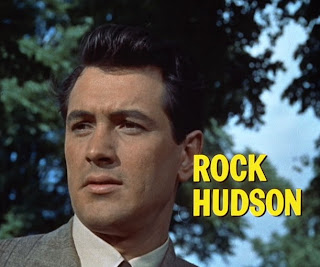 They all begin with the horrified mother's visage, the question posed for both the male and female of the species, and continue in a progression of images punctuated by the phrases "keep that up his (or her) mother said" and "and who knows what you could become". What begins with children curiously peering down their pants ends with a porn princess. Young boys kissing end up as Rock Hudson. Playing with guns leads to being a decorated soldier as a boy, and the electric chair for a girl. Smoking leads to FDR in that classic image of him chomping on a cigar. You get the idea. It's clever and thought provoking, and had a smile on my lips most of the time. (Please note the image is not one of the ones in the show.)

To the West - Luise Ross Gallery
Hailing from Madison, WI, T. L. Solien is considered an influential painter in the landscape of American art, and this exhibition showcases his characteristically narrative works. On a background of painted washes in various colours and of varied translucency, figures, symbols and icons meticulously cut out of paper jumble about in a way that seems slightly disjointed, bizarre, carnevalesque in an almost macabre kind of way. The colours are warm and some speak of our iconic ideas about the southwest, others harken more to domestic scenes. Overall, they evoke a dreamy sort of reality, the mysterious depths of the unconscious.
*Interestingly, the Luise Ross Gallery specializes in the work of contemporary and self taught artists. 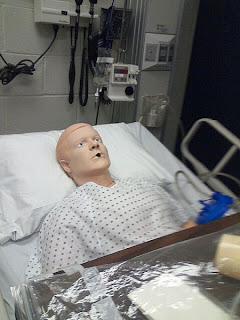 Living in Sim™ - Serious Pain Relief - Daneyal Mahmood Gallery
Justine Cooper's work is best described as experimental mixed reality artwork, blending photographs, video, and installation with social media and a website, and the show looks at health care and social media. The installations, and the primary images, are made up of medical mannequins, their mouths slightly opened and meticulously dressed and posed down to the jewellery. Maybe it's me, but it had a creepy effect - I admit to having a real thing about mannequins, even dolls, but still...As a show it was quite effective in recreating that sterile medical milieu. (Please note that, while this image is not one that was in the show - nor is it by Justine Cooper - they were just as creepy!)

Divided forms: Works by Keizo Ushio - Robert Steele Gallery
The highlight of the afternoon came for me at the Robert Steele Gallery with this show of beautifully lyrical sculptures by Japanese artist Keizo Ushio. While one was made of greenish glass, the remainder of the pieces were all created from single pieces of granite , using hand tools to an amazing level of precision. Divided Forms being the theme, the exhibition features pieces with two equal parts that wind and loop in elegantly controlled motions like paired ribbons. Sometimes the spaces between them are rough, sometimes smooth, in one carved to zipper-like teeth. I'll admit to a special fondness for sculpture to begin with, but the disciplined music and mesmerizing effect of these pieces was undeniable. 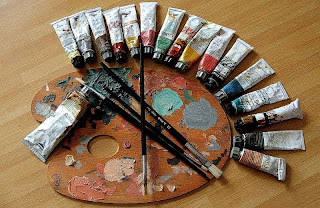 Connie Fox at the Brenda Taylor Gallery
Born in the Great Depression in the dustbowl that was Colorado, Connie Fox was influenced by both her environment and the Abstract Expressionists. Her large, abstracted canvasses suggest movement above all in kinetic compositions that do include some representational elements. Many are anchored by primary colours that glow against a restless background, using the brushstrokes and textural effects and colours that range from translucent washes to more saturated hues.
*The Brenda Taylor Gallery is in the process of moving their digs down the street to 531 West 25th.

The Searchers - Daniel Cooney Fine Art
Artists Sasha Bezzubov & Jessica Sucher collaborated on this photographic project, a series of portraits of foreigners drawn to South Asian spirituality. Titles include "Mexican Sikh and her German Husband", "American Shiva Devotee, High on Ritual Hash", and so on. The portraits seem casual and relatively unposed, and are united by a luminous kind of glow that echoes the "search" of their subjects and the backdrop of India itself. It sounds like a fairly simple idea, but it's rather an effective one. The images were really quite beautiful and did convey an overall feeling of spirituality.

Upcoming Opening Alert:
If your interest is piqued, and you don't mind a party (!) the Amsterdam Whitney Gallery is having a Gala Opening Champagne Reception & Bal du Moulin Rouge & Thanksgiving Cornucopia Party on November 12 with a red and black theme - get thee to the gallery for an invitation.
chelsea connie fox contemporary art dotty attie keizo ushio new york art scene t.l. solien

From a media release: Harbourfront Centre Returns to the International Stage with Evocative 2022 Winter Season Renowned for its world-class festival line-up, Harbourfront Centre kicks off return to in-person programming with diverse, multidisciplinary offerings Check Out The Details TORONTO, ON – Harbourfront Centre is thrilled to unveil its electrifying 2022 winter season, bringing live performance and in-person arts and culture programming back to Toronto’s downtown waterfront beginning in January 2022. The festival lineup showcases a dynamic array of international and national programming including dance, theatre and music performances, talks and workshops, and public art installations from some of the world’s most illuminating artists and thought leaders.  Harbourfront Festival of Cool - Pressure by Hans E Madsen - photo by Stig Nygaard “January 2022 will be a special time as we reopen our performance venues and welcome back our audiences to Toronto’s downtown waterfront,” says Mar

Music for Water Ros Bandt: Medusa Dreaming (Neuma Records / August 20, 2021) Stream it Buy it on Bandcamp “The space is the thing,” Ros Bandt says in a media release. “It’s the key player. Medusa Dreaming is a site-specific water symphony in honor of one of the most beautiful water tanks in the world: heraldic, grand, mythic, epic, scintillating. Each of the eleven movements show an aspect of its personality and history.”  The recording comes from a 2010 event that took place in the renowned Basilica Cistern (Yerebatan Sarnıcı) beneath Istanbul, Turkey. It forms part of Bandt's lifelong exploration of what might be called sonic archaeology. It continues her journey in creating music that works with the resonance of sacred locations around the world. Medusa Dreaming celebrates ancient cultures and their understanding of water care. An upside down statue of Medusa supports one of the columns in the cistern. Bandt was also inspired by the 60,000-year-old Australian Aboriginal concept

Nature Inspired Chamber Music Juraj Kojš: Imagine (Neuma Records / July 16, 2021) Nature- and People-Inspired Chamber Music by Juraj Kojš Stream it Buy it Traditional and contemporary modes of musical composition, and far out experimentation, all collide in imagine, by Slovakian-American (by way of Denmark) composer Juraj Kojš. Imagine is not only the name of the album, but the ethos of its works. The first two pieces, Face Forward, Hawaii, and under the blanket of your lullabies, are composed of multiple short movements. The sounds of nature and human activity on a trip to Hawaii formed the inspiration for Face Forward. Despite (or perhaps because of) its exuberant experimentation, the music is lively and engaging. As Kojš puts it, “I wrote this music out of pure love for life, nature, people, and music itself. From the Hawaiian soundscape instrumentale to original poetry scores and Peter-and-the-Wolf-like storytelling, the music demanded visiting some far outposts of expression. Each