Oliver Mtukudzi - To give hope and give life to people 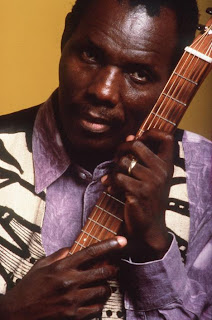 "To give hope and give life to people." That's the simple philosophy behind Tuku music, and I swear you can hear the joy right in the notes - it's impossible to listen and not find yourself dancing.

Toronto's become something of a hub for musical acts that hail from the African continent, and this weekend the venerable Phoenix Concert Theatre plays host to one of its true legends, Zimbabwe's Oliver Mtukudzi, called simply "Tuku" by his fans.

His career began in 1977 when he joined Wagon Wheels, a band that featured another legend, Thomas Mapfumo. Their first single went gold, and Tuku followed up on the hype with a four track album of his own. Some of the Wagon Wheels' other musicians came with him to form the Black Spirits, the band he has played with throughout his long career. When Independence was declared in Zimbabwe in 1980, Oliver and the Black Spirits released an album called "Africa", containing the seminal hits Zimbabwe and Mazongonyedze. Since then, he's typically released two albums a year and toured extensively, even to the most remote regions of his country, cementing his popularity both at home and abroad. 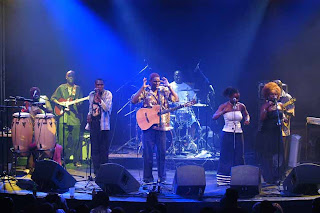 His current tour sees him stop all over North America, to the U.K., and then South Africa in support of hsi 56th album, Dairai. "It's my middle name - it means believe," he explains. "On the CD, I'm saying be your best, there's no other you than you." After all the decades and all the releases, this is in fact his first project recorded with traditional acoustic instruments.

Tuku's infectious style falls under the heading of "Afropop", and counts a number of influences, including chimurenga, (a genre pioneered by Mapfumo,) Jit (a lively Zimbabwean style of pop,) South African music, and the traditional drumming of his clan, the Korekore. He sings in Shona, his native language, as well as English. "I created my own style," he says, "I'm very experimental. I called it simply "African" music, but my fans decided to call it after me." 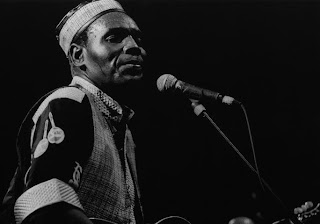 His deep voice and contagious rhythms only describe part of his appeal. In a country - and continent - experiencing its share of troubles and then some, from the AIDS epidemic to despotic ruling classes, among others, Tuku leaves overt political commentary to others for the most part. "At times, we talk about our pain, but we use the tune to defuse the tension," he says. "The music mixes pain and joy to come up with hope."

And there's one last comment for anyone coming to the show. "Bring your dancing shoes - it's time to feel good." More to listen to here.
african music oliver mtukudzi thomas mapfumo world music zimbabwe