There are about a zillion and a half music videos on youtube, sooo much to sample, but here are some of my favourites, the ones I listen to and watch over and over. 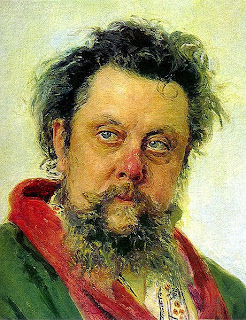 Most of the time I'd not say that I'd chosen these videos for their visuals - it's the music, the performance that's really paramount - but here, it's also filmed in a way that's much more interesting than the usual fare:

The painting of Mussorgsky is by Ilya Repin.

An excerpt from Schubert's Symphony No. 8 in B minor, the "Unfinished" - the best parts! - Fabio Bernoni conducting the Praga Sinfonietta in France, 2004.

Wagner vs Wagner - and even though I grew up in a classical music loving household, I still learned more of it from Warner Bros. than my parents. 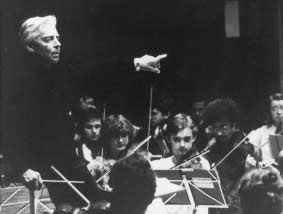 Funny how almost 10X as many people watch the first half as the second.. One of the things about youtube is the often amusing/senseless/ridiculous/competitive/et cetera commentary that comes up - everyone being an expert on the internet, natch. Somewhere in the comments, I forget whether it's Part I or Part II, someone mentions in a disapproving tone that all the musicians are white and male. It's 1966, it's Europe - someone's been watching too many history-revisionist movies! (you know, the kind where women and non-whites had that new-fangled "equal rights" stuff going on in times past..) Image is of Karajan in rehearsal with the EC Youth Orchestra in Salzburg, 1980. 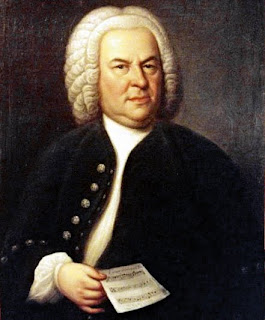 Henry Purcell's Rondeau from the Abdelazer Suite, an exquisitely beautiful piece of music that makes you think the Baroque period must have been somehow just better than what we have going on now.

My favourite Mozart, the Symphony in G Minor No.25, First Movement, by the Academy of St. Martin-in-the-Fields under Neville Marriner. 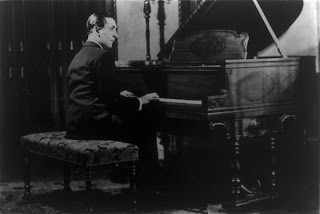 Horowitz plays Schubert in Vienna - not much to add there - simply sublime. He's pictured at the piano in an undated image, about 1910-1920.

And now for something completely different... Philip Glass' Einstein On The Beach.

A Planetarium Opera James Dashow: Archimedes (Neuma Records / December 20, 2021) Buy The 3 CD Set Listen Digitally Spacey, intriguing, even educational, the life of Archimedes is celebrated in electronic music, and an opera written for a planetarium by composer James Dashow. Inspired by laser and electronic music displays that he'd experienced in science museums, electronic music pioneer James Dashow wrote the monumental opera expressly for that venue. Appropriately enough, the opera deals with the life of Archmedes, the ancient Greek mathematician who is, coincidentally, the inventor of the planetarium. “The opera utilizes always the full surround effect, even when visually the live singers are in the usual positions of traditional theatre, in front of or in the middle of the audience, fixed on a stage. The music keeps the sense of the audience being in the midst of the action, not as outside observers,” says Dashow in a release. “The synchronization of musical phrases, rhythms, h