Here in the colder climes, I can think of no better way to stave off seasonal affective disorder than by experiencing performing arts.

I find them inspiring, and on stage, January is anything but blah in Toronto this year. So here's a bit of a mash up of some of the interesting shows coming up in the very near future. I intend on checking out as many as I can, (weather permitting, and so on,) so reviews may and should trickle in later.

Next Stage Theatre Festival
January 6 - 17 at the Factory Theatre

I'm somewhat remiss in my timing, in that the Next Stage Theatre Festival, is opening as we speak here on January 6. Next Stage is billed as Toronto's "fastest rising industry showcase". Produced by the Toronto Fringe Festival people, showcases productions that have premiered at Canadian Association of Fringe Fesitivals' member Festivals (did you catch that?). Executive Director Gideon Arthurs explains, "We launched Next Stage in response to a pressing need in our community: emerging artists aren't being given the opportunity to take their work beyond the summer festival circuit, despite being critically or commercially successful." The cause is worthy, and so are the offerings, including:
+ 5 more - check the website for complete details! 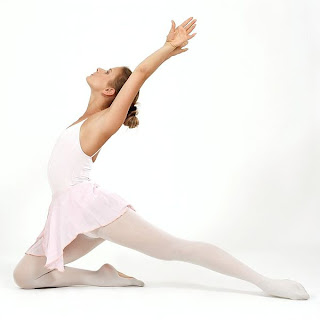 This is the second in a two part series the Mi Young Kim Dance Company began with a performance in November focused on traditional dances. This time around, the show is dedicated to experimental work. Mi Young Kim will perform Monk's Dance, a piece she developed after more than a year of research on Korean Buddhist dance and rituals, and in other pieces, she teams up with dancer/choreographer Sashir Zarif in a collaborative work based on the shamanistic cultures of Korea and Iran - there'll be cymbals and drums, B-boys from the Hip Hop Symphony and more. Sounds unique!

Full Bloom is an all male dance review that - not surprisingly - looks at the male experience, from fatherhood to aging to the male role in dance itself. The show is choreographed by Robert Glumbek, Kevin O'Day and Luches Huddleston Jr., and got its world premiere at Ballet Mannheim (Germany) in October, where O'Day is Artistic Director. Huddleston is an an alumni of Alvin Ailey Dance Theater, and the Bill T. Jones/Arnie Zane Dance Company, among many others, and Glumbek has choreographed for the Finnish National Theatre and Pro Arte Danza in another CV that's too long to list here. 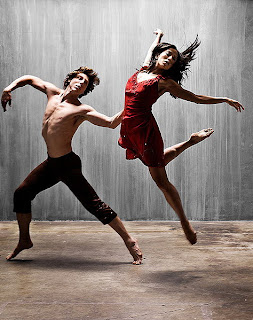 All in their 40's, they're joined on stage by Roberto Campanella, a fixture on Toronto's dance scene and choreographer/Artistic Director of ProArteDanza. It's being billed as a "personal and intimate journey", and these guys have definitely got all the right stuff - it got impressive reviews in Germany and I'm expecting big things here too.

DanceWeekend
January 22 - 24 at the Harbourfront Centre

You can cram in a veritable cornocupeia of dance all in one weekend, all at Harbourfront when the area's finest companies put it on for the people. What I really like about the idea is that you get a wide variety of styles - as their promo tells us "from contemporary, b-boying and ballet, to bellydance, Bharatanatyam, jazz, flamenco and African.". The shows run in 20-25 minute sets, and include well known companies like Ballet Creole and Ballet Jorgen, along with lesser known names. Time to gorge on dance!

It first opened in 1978 in Vancouver and it's toured the world since then, but Billy Bishop still packs 'em in with a story about war that transcends time. This version features the venerable (and delightful) Eric Peterson as Bishop (along with King George V and 16 other characters,) and John Gray as the Narrator and Pianist. Directed by Ted Dykstra, this production got rave reviews last time it played in town.