24 Preludes by Chopin & More - the National Ballet of Canada

Chopin may not be the first name that comes to mind when you think ballet. The great Romantic composer is most often known for his piano works, after all, but dancing to his 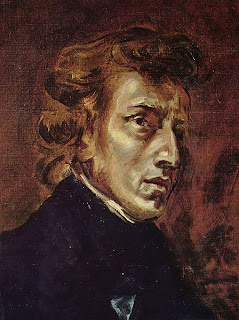 expressive pieces is not at all uncommon either. "I think most of us have danced to this music before," says Corps de Ballet member Tiffany Mosher of 24 Preludes by Chopin, one of the pieces in their upcoming show, "but with a very different mentality." The piece was choreographed by often controversial artist Marie Chouinard. "It's different - but it's so nice to be able to move different muscles, to move differently to classical music."

"Different" as a description is just scratching the surface of Chouinard's contemporary choreography, at times known for incorporating elements like on stage urination and a fan of Nijinksy and his famous onstage masturbation. But while the vocabulary of movement may be striking in this piece as well, you won't see that in particular in 24 Preludes. Mosher's enthusiastic about working with her. "We actually started with learning the vocabulary of the piece," she explains, "without necessarily putting it into context." That language was then woven into Chopin's expressive, emotional music. "It was quite a long process to understand what she wanted to see," she says of the challenging but rewarding work. "She's so inspiring, so involved." 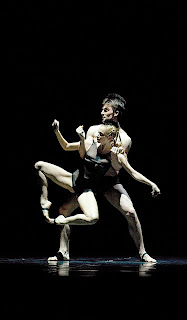 While it's quite demanding, Chopin's music emphasizes its richly expressive character and not the technical gymnastics, which seems entirely in keeping with the choreography. "I think everyone finds this piece rewarding. Each night is a little different - we're free to take it to a different place - unlike in the Corps de Ballet, where it's free but very precise." Mosher clearly relishes taking up a role in the production she danced with in its National Ballet premiere in 2008. "It's definitely one that I look forward to doing - each time it comes around."

Ms Mosher has been a member of the National Ballet of Canada since 2000 and has danced in numerous of their productions, including the world premiere of James Kudelka's The Contract and Crystal Pite's Emergence, and featured roles in The Sleeping Beauty, The Dream and Les Sylphides. Tiffany just got back from performing with other members of The National Ballet at the Vancouver Cultural Olympiad.

Also on the bill: 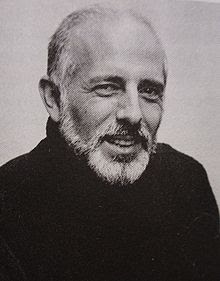 A Suite of Dances - choreography by New York native Jerome Robbins, (pictured,) whose work encompassed modern dance from Broadway shows to ballet. A Suite.. is his last of three collaboratiosn with Mikhail Bariyshnikov, conceived in 1994 as a 14 minute solo. The piece is performed to selections from Bach's suites for unaccompanied cello, and in it, the dancer and cellist respond to each other in sometimes playful ways.

James Kudelka created The Four Seasons in 1997 as his inaugural work as Artistic Director of the National Ballet. The piece was made for ballet superstar Rex Harrington (and was the last piece he danced with the company in 2004, as it happens,) and traces the seasons in the life of a man to Vivaldi's famous music. In each season, he dances with a different woman.

About the images:
Top - portrait of Chopin by Eugène Délacroix;
Middle - Tiffany Mosher and Noah Long in 24 Preludes by Chopin, photo by Sian Richards. Courtesy of The National Ballet of Canada.;
Bottom - Image of Jerome Robbins is a studio publicity still now in the public domain.