on February 09, 2010
Hot Off the Presses:
(and gosh, doesn't that expression sound quaint these days?)

(Toronto, February 3rd, 2010) The imagineNATIVE Film + Media Arts Festival is pleased to announce the official selection of the festival’s Embargo Collective programme for the Forum

Expanded section of this year’s Berlin International Film Festival. This programme of works was commissioned by the imagineNATIVE festival for its 10th anniversary and will have its European premiere Monday, February 15th, 8.30pm at Cinema Arsenal 2 and a repeat screening Wednesday, February 17th, 4pm at CinemaxX 6.

Curated by imagineNATIVE’s Artistic Director Danis Goulet, the Embargo Collective is an international group of seven Indigenous artists at the forefront of the changing global landscape of Indigenous cinema. Inspired by Lars von Trier’s The Five Obstructions, the filmmakers brainstormed individual rules and restrictions for one another, resulting in seven new short films that forced each director in a completely new creative direction.

The three Canadian directors’ obstructions were severe: Heiltsuk/Mohawk writer/director and 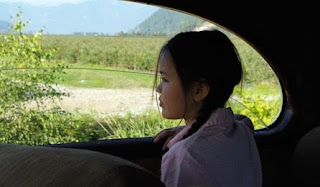 Sundance Lab alumni Zoe Leigh Hopkins* was pushed away from her dramatic leanings and ordered to make a comedy in a changing static location in Tsi tkahéhtayen (The Garden); Anishnabe documentary filmmaker Lisa Jackson* was challenged to make Savage a musical with heavy metal – she added zombies to match the residential school subject (image from the film above); and Tsilhqot'in documentary director Helen Haig-Brown* was “pushed beyond belief” and scored a coveted spot on the Toronto International Film Festivals Top Ten Shorts of 2009 list with her stunning science fiction retelling of a traditional story in ?E?anx (The Cave).

The international contingent was just as challenged: Australian Bulgunnwarra/Nga Ruahine Rangi filmmaker Rima Tamou scaled down his usual approach to production and was required 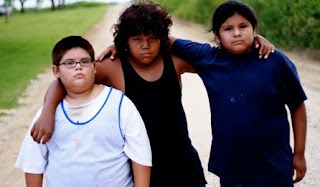 to work with non-actors to create First Contact; American Sundance stars with dramatic features under their belts, Blackhorse Lowe (Dine) and Sterlin Harjo (Seminole/Creek) were steered away from familiar themes, processes and shooting styles into new territory to create the moody romantic comedy b. Dreams and the poignant Cepanvkuce Tutcenen (Three Little Boys - image above); and New Zealand’s renowned Oscar-nominated Te-Whānau-ā-Apanui filmmaker Taika Waititi* (also at Berlin and Sundance this year with his feature Boy) flagrantly and hilariously addresses and breaks almost all the rules imposed upon him in The White Tiger. (Image from First Contact below.)

An important link in the programme was the universal rule that all of the films had to be in a language other than English. This resulted in a landmark exhibition of six new works shot entirely in original Indigenous languages, a significant accomplishment and fitting celebration of the diversity of the world’s Indigenous nations in an anniversary year. 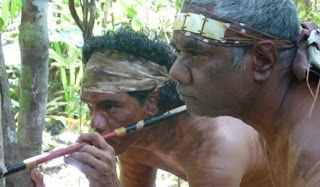 Curator Danis Goulet stated: “The growing international recognition of Indigenous made works is a testament to the creativity and distinction that imagineNATIVE has been celebrating for ten years. The presentation of the Embargo Collective programme represents yet another breakthrough year of Indigenous-made works at the Berlin International film festival. Over 20 months, these filmmakers worked in the true spirit of collaboration to push each other out of their individual safety zones and, for some of them, to produce the best work of their careers.”

The Embargo Collective’s programme originally premiered at the 10th Annual imagineNATIVE Film + Media Arts Festival in Toronto on October 17, 2009. imagineNATIVE’s impact in Berlin extends to its Talent Campus where previous imagineNATIVE mentorship award-winner Adam Garnet Jones is one of this year’s participants.