Museum at FIT & Museum of Sex

You can scarcely walk around Manhattan without tripping over a museum or two, which is exactly what happened to me recently.

Like all the exhibits at the Museum at FIT, Night and Day has a definite female appeal. All those clothes to check out - and it's free! But like any intelligent exhibit on clothing, it looks at our collective social history and mores through what we wear. Night and Day, which is in the Fashion & Textile History Gallery, looks at paired outfits from eras that cover roughly the last two centuries - one for daywear, one for evening. At one point, in the 1800's, there was also 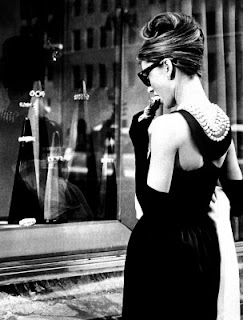 afternoon wear, and one dress is noted as being suitable for the early evening. It underscores the formalized nature of life in previous eras, at least for those rich enough to live in leisure. From the mid 1940's, a day ensemble from Elizabeth Arden might include plaid wool pants with a velvet jacket - but only if you were in the country. Evenings (by Charles James) you would dress up in silk taffeta, silk velvet and chiffon. It reminded me that today's anything goes aesthetic is still pretty recent - hell, I remember working in an office about twenty years ago where they had just decided to "let" women wear pants to work.

You can see the rules start to loosen up after the World Wars, culminating in Yves St. Laurent's elegant pantsuit for eveningwear in 1966. From then on, the distinctions become much more fluid. In the 1970's, Halston used jersey knits both day and night., and by the 1980's there was a splintering of the fashion world into multiple styles and levels of style. Calvin Klein's clean cut 2008 suit for officewear includes sparkly crystal paillettes on the jacket. Current fashion seems to revel in mixing up elements from day and evening wear, especially embellishment - and even underwear. Designer evening gowns still exist, certainly, but they're worn by so few people in the world that haute couture only impacts streetwear by trickle down, and in fact often takes its inspiration from it. All in all, my favourite era, as presented, has to be the 1950's with its shapely silhouettes, and my favourite piece of all was, predictably, Givenchy's little black dress. (Image is of Audrey Hepburn in Breakfast at Tiffany's - in another Givenchy little black dress.)

Check out the Museum's website for Fashion Conversations with the likes of Rodarte and American Vogue editor André Leon Talley, lectures, book signings and more. It reminds me of Toronto's Bata Shoe Museum in the scope of its programmes and mandate.

To be honest, I didn't have much time to do the Museum of Sex much justice, and it was packed 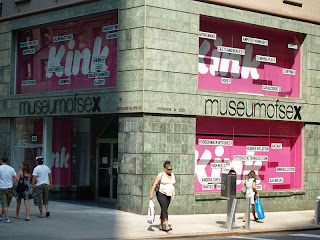 too, and a bit hard to get around because of it. But its streetside display with multi coloured and multi shaped sex toys displayed like candy in a glass storefront hooked me for at least a run through.

Despite the playful nature of the visuals, the Museum of Sex takes its sex pretty seriously, with a Board of Advisors that consists of scholars and historians, and a mandate to explore "the history, evolution and cultural significance of human sexuality". It houses a permanent collection of some 15,000 items from art to "technological inventions and historical ephemera".