The National Ballet of Canada

With its disciplined beauty and grace, ballet has an otherworldly sort of quality about it. That appeal is only enhanced by the airy 4-balcony high environment of the Four Seasons Centre, 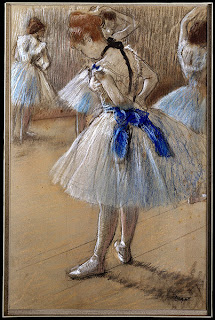 as I was reminded when taking in the last show of 24 Preludes by Chopin & A Suite of Dances & The Four Seasons on Sunday (March 7).

The programme was an interesting mixed bag, with music from Chopin to Bach to Vivaldi and the dance from avant garde to contemporary. From lighting design to costuming to the performance itself, they delivered a polished, yet passionate interpretation of the works, with a developed dramatic sense that went from comedy to pathos. Check out a previous version of Summer from Kudelka's Four Seasons (with Rex Harrington) here.

In the five years' since she's become the Artistic Director of the National, Karen Kain has developed a reputation for putting together varied and entertaining line ups like the one I just saw. Here are some interesting collaborations I will be looking forward to - from their upcoming 2010/2011 season, (tickets on sale since earlier this year).

Perhaps most exciting of the offerings, Wheeldon will create a full length, two act interpretation of Lewis Caroll's classic Alice's Adventures in Wonderland. The work will have Alice a troubled adolescent who goes through a journey that's coloured with both humour and tragedy. The score will be commissioned by Joby Talbot (dance is a small world - see Wayne McGregor below!) and makes its début in London next February and in Toronto in June 2011, where it will be presented as part of the Luminato Festival.

You can hear Christopher talking about putting together Tryst, another of his works, here.

Set to the avant garde music of Joby Talbot and the modern indie rock of Detroit's The White Stripes, 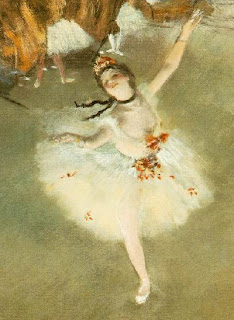 McGregor's Chroma was a senasation on its London début in 2006 and won multiple awards that year. Recently appointed as Resident Choreographer of The Royal Ballet, McGregor's work often inlcudes multimedia components, and intersections between movement, science and artificial intelligence. The National will be the only company other than The Royal Ballet to perform this exciting and visceral work.

You can listen to him talk about it here.

From the Bolshoi to the American Ballet Theatre, dancer and then choreographer Alexei Ratmansky has been making his mark in the world of dance in a big way. Russian Seasons was created for the New York City Ballet in 2006 and as a whole the piece is loosely patterned on the Russian liturgical calendar. The work involves 12 dancers, a soprano, solo violin and string orchestra, and includes three songs for each season, representing life in a rural village, tied to the cycle of seasons and set to the modern score commissioned from Leonid Desyatnikov.

You can check out the European premiere here.