on March 15, 2010
This event looks to be a great night out and features some talented women I've talked about here previously on my blog, including Maude Barlow, mezzo soprano Jean Stilwell and pianist Patti Loach, choreographer Andrea Nann, and as it happens, I appear very briefly in Andrea Dorfman's 2005 documentary Sluts! (and it's not what you think! lol)

From a press release -

TICKETS: Ticket price: $30.00
BOX OFFICE: Tickets are available in advance by calling Nightwood Theatre at 416.944.1740 ext. 8
or online at www.nightwoodtheatre.net 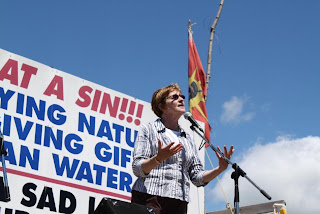 of Canadians and recipient of eight honourary doctorates as well as many awards including the 2005 Right Livelihood Award (known as the “Alternative Nobel”), the Citation of Lifetime Achievement at the 2008 Canadian Environment Award, and the 2009 Earth Day Canada Outstanding Environmental Achievement Award. Ms. Barlow is also the best-selling author of 16 books including international best seller Blue Covenant: The Global Water Crisis and The Coming Battle for the Right to Water. (Image is a still from the documentary Water on the Table by Liz Marshall). 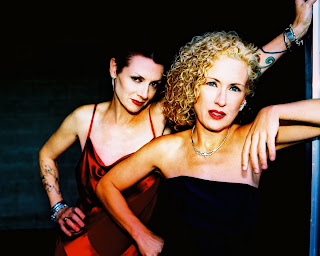 For the last 30 years, Nightwood Theatre has developed, produced and toured landmark, award-winning plays by women. Since 1983, Nightwood has presented FemCab, the only cabaret in town where politics and art come together in an irreverent, humourous and shameless celebration of women’s success!

Please join us on April 13th for our raucous salute to the extraordinary achievements of women across the globe!

ABOUT NIGHTWOOD THEATRE
Nightwood Theatre – Artistic Director Kelly Thornton and Producer Monica Esteves.
As Canada’s national women’s theatre since 1979, Nightwood has launched the careers of countless leading theatre artists in the country. We have won Canada’s highest literary and performing arts awards and more than ever our success proves the need for theatre that gives voice to women and celebrates the diversity of Canadian society. We remain actively engaged in mentoring young women and promoting women’s place on the local, national and international stage.
andrea dorfman andrea nann jean stilwell maude barlow nightwood theatre patti loach toronto women in theatre