Soulpepper's Oh What A Lovely War

The horrible conditions suffered by soldiers, the naive assertions by political figures of a quick 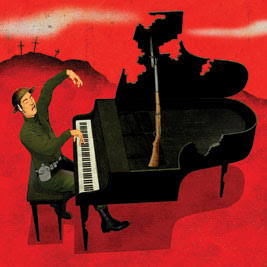 and easy victory and general stupidity of the upper echelons who remain safely behind the battle lines, the cold and callous profiteering as whole nations bleed and lie in ruins - sound familiar? The study of history is often "justified" by saying that what we learn, we won't then repeat, but more often than not, serves to underline just how little we have learned. Oh What A Lovely War was written in 1963 about WWI - the War to End All Wars - but its obervations, sadly, still ring loud and clear today. 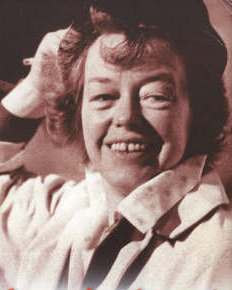 credited with giving birth to modern British theatre, conceived of the project for her remarkable Theatre Workshop company in London, as irreverent and above all entertaining even as it takes a clear eyed look at the subject. Her focus is on the stories of the common soldiers as they suffered, and the show trips along from musical interlude to song and dance to more and often less serious vignette at a rollicking pace. It's brought to life by a large ensemble cast of incredibly talented performers who nimbly switch from drama to comedy to song to playing instruments without a misstep. The laughs are plentiful even as the darker truths sting, and even if it's through your great-grandma, you'll recognize songs like Pack up Your Troubles in the Old Kitbag, It’s a Long Way to Tipperary and Keep the 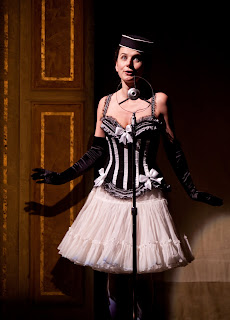 The multi talented performers are aided and abetted by imaginative staging and highly detailed costuming, (by Ken MacKenzie & Lorenzo Savoini respectively). The base costume, if you will, was a pure white clownsuit (the laundry!) befitting the nature of the project, replaced or embellished on occasion to change into and out of a raft of characters from soldier to politician to general or damsel waving - and urging on - the boys good-bye in a way that keeps an engaging visual flow. As a tribute to its entertainment value, I was actually quite surprised to find I'd spent about 2 and a half hours in the theatre (with an intermission). (Image is of Karen Rae).

The numbers are staggering - 10 million dead, 21 million wounded, 7 million missing, and 21,000 Americans who became millionaires by supplying the goods and services that prolonged the misery (although the Americans were by no means the only nation to do so!) Our high tech modern wars 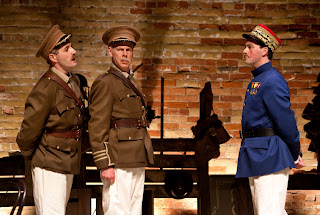 claim to reduce civilian casualties, but then don't tell us the actual numbers... as Oh What A Lovely War reminds us as it bounces along, it's a part of the human experience that certainly doesn't serve us well.

Also on view at the Young Centre - The Aleph - what sounds like a very interesting theatrical collaboration and workshop performance series.

From a media release: Sphere Media's Groundbreaking TV Series Sort Of: Season 2 Preview Amanda Brugel (The Handmaid’s Tale), Raymond Cham Jr. (The Big Leap), and Scott Thompson (The Kids in the Hall) join the series this season The highly anticipated second season will make its world premiere in Canada on CBC and CBC Gem, and in the US on HBO Max, in Fall 2022 Coming on the heels of winning a Peabody and receiving the Banff Rockie Award for Program of the Year, Sphere Media today revealed Season 2 casting and production details for the critically acclaimed CBC and HBO Max original comedy SORT OF.  Amanda Cordner as 7ven and Bilal Baig as Sabi in a scene from Season 2 of Sphere Media’s CBC/HBO Max comedy SORT OF; Courtesy of CBC/HBO Max/Sphere Media; photo taken by Jasper Savage The series is created by Bilal Baig and Fab Filippo , who also serve as co-showrunners and executive producers. Since its debut, SORT OF has made its way into the hearts of viewers from around the world,