Tinariwen, Madagascar Slim, and a Meditation on the Blues

on March 06, 2010
From the southern Sahara to Madagascar, there's something about the blues... For two nights in a row this past week in Toronto, I was treated to very different versions of the musical form from some of the best musicians you'll hear anywhere. 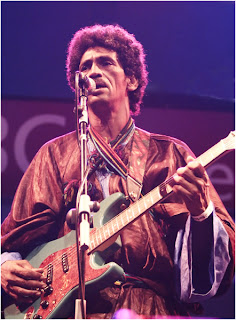 The place is packed with a crowd that's very Toronto mixed - all shades, all persuasions and all ages it seems, most of the front section where I was moving to the hypnotic bass and drum driven music of Tinariwen. It was impossible not to feel the rhythm through your body and let yourself be moved by it... Their playing is as accomplished as it is impassioned. You felt the sincerity of every note, the way the music simply took them over too. (video is from the 2007 release Aman Iman: Water is Life)

The enigmatic Ibrahim Ag Alhabib comes on and off stage for various songs with his slightly weary demeanour and vocals, elements that seem entirely genuine and in keeping with the music even if you don't understand the words. He lets the others in the band take a more flamboyant role, like singer-guitarist Abdallah Ag Alhousseyni, bassist Eyadou Ag Leche and percussionist Said Ag Ayad (and I'm taking names from a published list - hopefully I'm crediting the right people!)

It's their conviction that gives the music its fire and makes it so compelling. Their latest CD is called ‘Imidiwan’ which is translated as companions, but means friends, companions, soul-brothers, fellow travellers. 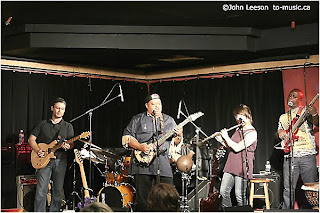 If Tinariwen's music is coloured by their desert home, then Madagascar Slim's is definitely a sunnier version of the blues, with catchy songs fueled by his nimble Madagasy fingerpicking style. Madagascar Slim acknowledges the influence of people like B.B. King on his whole journey into music, but its an influence that blends perfectly with his Madagasy polyrhythms and sweet, singing guitar.

He's got a great band took including Ebenezer Agyekum on bass, Aisha Wills on flute & vocals and Rakesh Tewari on drums, (and someone I couldn't get a name for on guitar). Each had space to shine in three sets that had people swaying where they stood, along with a group on the dance floor. Another very mixed crowd.

In looking up references for both Tinariwen and Madagascar Slim, most of the descriptions cite some kind of "blend" of both African and American blues influences. But isn't the Blues 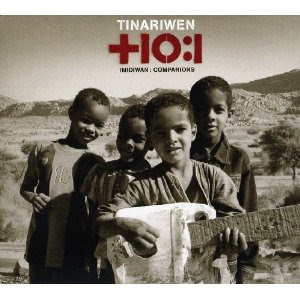 African in the first place? The blues scale itself is an adaptation of the African 5-note scale into the 7-note European scale via the addition of two blue - or flattened - notes. Sure, it developed in the U.S., but directly from the displaced African diaspora and actually mostly from and about the conditions that enslavement engendered. (And there were slaves in Canada too, in case anyone's feeling smug at this point.) There is an American blues, to be certain, but it just seems to me more like they're two branches of the same tree - not different influences. If any continent and its people knows the blues inside out, it has to be Afrika.

The other thing I wondered about, seeing packed and noisily enthusiastic houses at the Phoenix and Gladstone, is that the market for what we call world music (a term I dislike but is at least easily understood - and searchable) clearly exists - so why is it so absent from the world of mainstream? Why is it treated like a fringey category, so that only the few who know how to find it are exposed to it? Why do we act like everything outside of North America is somehow the same, and ghettoize it under the same "world" category?? Even talking about "African music" is a misleading concept, since the styles vary so much from region to region, far more than in North America. There's an obvious answer for all this, of course...