Baaba Maal, the Senegalese Songbird, came to Toronto's posh Koerner Hall last night. It may not 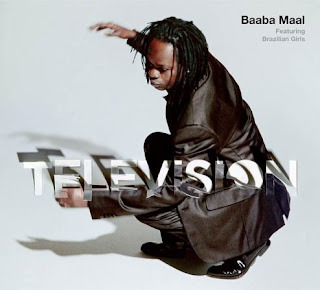 be the very first time the Royal Conservatory's newest venue has seen audience members leap up on stage to dance or show their appreciation in $20 bills (you'll understand this if you've ever been to an African concert), or the first time the entire audience has been on its feet dancing at their seats and in the aisles, but I wouldn't be surprised if it was. Such is the magic of the griot.

He came out alone with his guitar for the first song, showcasing his nimble and expressive voice in Koerner's fantabulous acoustics, the nearly full house spellbound by a song whose words most of us didn't understand. He was eventually joined by Mansour Seck, another singer, and the crowd was eating out of his hand in no time. "We want an intimate concert," he told us. "It's going to start simple at the beginning.. who knows what we will be at the end."

True to his words, the songs began with a slow but infectious rhythm, mainly vocals and guitar, the drums barely sketched in. Some of the other band members wandered on stage during the 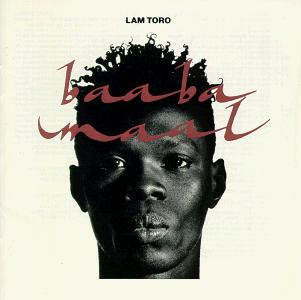 second song, then the full complement (see the band list below) after that. Television, the title song from his 2009 CD, was like many of the songs earlier in his set, building layers of instrumentation, rhythm and intensity as it went along. The song blends elements of electronica with traditional Senegalese; such hybrid styles are common in his work, Latin music being another favourite influence. With 3 drummers, rhythm was the syncopated backbone of the music.

The energy level turned up as the night went along. Baaba's a generous performer, and let the sometimes flamboyant members of the band take their turn in the spotlight. He's also a great dancer, and an entertaining showman. Just as I was thinking the only drawback to Koerner Hall is no dancing like a nightclub, the first audience member jumped up on stage to dance - to the band's delight and audience appreciation. From there it progressed until pretty much everyone was on their feet at the end, with a stage full of dancers up there with the band. Two and a half hours had flown by. Check out his tour if you can.