Toronto, ON – Air Canada’s enRoute Film Festival is back with Stories That Move, the 2010 call for entries inviting emerging filmmakers to submit their short films to its unique in flight 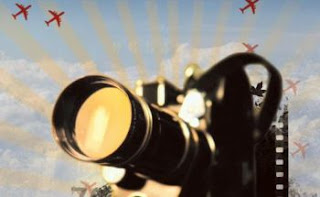 festival. Every year, the enRoute Film Festival brings something new and exciting; this year, it will introduce Cineplex as the presenting sponsor and co-presenter of the $5,000 cash grand prize. Once again, Air Canada is sending all winners and their guests to an all-inclusive trip for two to an international film festival.

The Festival is open to student and emerging filmmakers. You must be a Canadian citizen to submit. For submissions information, please visit the enRoute Film Festival website. Deadline for entries is May 31, 2010.

Select films will be broadcast on Air Canada’s personal seatback entertainment system on the Canadian Movies channel viewed by millions of Air Canada customers around the world. A free public screening and awards celebration will be held in Toronto in October to honour the winners.

Awards will be handed out for:
About Air Canada enRoute Magazine:
Air Canada enRoute Magazine is published by Spafax, one of the world’s leading custom publishers and providers of in-flight media, with offices in eight cities around the world. Spafax is a part of the specialist communications division of WPP. enroute.aircanada.com.
air canada call for entries enroute magazine film festival