From a Press Release - at $15 a pop you could hardly do better for a Saturday night's entertainment.

Toronto, ON – April 21, 2010 – Albert Schultz, General Director of the Young Centre for the Performing Arts, today announced a Saturday Night Cabaret Series, an evening of music and storytelling at the Young Centre starting May 1st.

The Kevin and Roger Garland Cabaret in the Young Centre is transformed into an intimate, club setting for the Saturday Night Cabaret Series with table seating and a fully licensed bar. The series features multi-talented artists ranging from jazz, world music, spoken word to traditional torch songs. In true cabaret style, the performances are up close and personal creating a musical dialogue between performer and audience.

The Saturday Night Cabaret Series will feature many artists who have participated in the highly acclaimed Canwest Cabaret Festival, which returns to the Young Centre for the third year from September 30 – October 4, 2010. 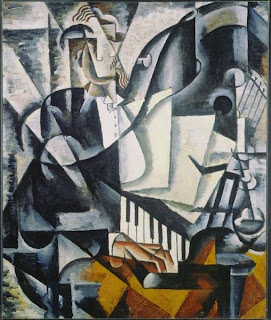 Waleed Abdulhamid and the Kush Quartet – Saturday May 1, 2010 @ 10pm
Led by Young Centre Resident Artist Waleed Abdulhamid, the Kush Quartet strives to take you on a musical trip through the use of unique instrumentation and a collage of multiple genres. The music is pure and organic, cascading thorough harmonies and melodies of Jazz, Classical, Funk, Blues and African music.

The Roaring Girl Cabaret – Saturday May 15, 2010 @ 10pm
The Roaring Girl Cabaret deliver a spicy mix of jazz, classical, opera and folk with an overall sound that walks the line between traditional and contemporary. Ringleader, vocalist, violinist and lyricist Miranda Mulholland is the driving force behind this ensemble, and her opera-trained voice lilts and soars over original compositions mixed with a few covers.

DK Ibomeka – Saturday May 22, 2010 @ 10pm
With a three-octave range, huge emotional depth and power, DK Ibomeka is one of the most exciting new voices in jazz and soul. He will be showcasing some new original songs from his 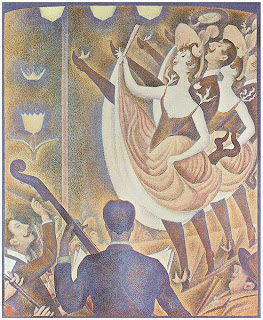 Patricia O’Callaghan – Saturday June 5, 2010 @ 10pm
“The most promising cabaret performer of her generation”, Young Centre Resident Artist Patricia O’Callaghan lends her gorgeous, supple voice to an offbeat repertoire of cabaret classics, rock covers and original songs. She will be performing with two pianos, played by Robert Kortgaard and Peter Tiefenbach.

Denzal Sinclaire – Saturday June 12, 2010 @ 10pm
Toronto-born vocalist/pianist/composer Denzal Sinclaire has earned his reputation as Canada's most popular male jazz vocalist. A multiple Juno Award nominee and recipient of the 2004 National Jazz Award for "Best Album", he has graced the stages of numerous high-profile jazz festivals, performed with symphony orchestras, and starred in his own one hour television special for BRAVO!

Sharron Matthews – Saturday July 10, 2010 @ 10pm
This comedic vocalist, writer and producer has been presenting her comedic musical extravaganza “Sharron’s Party!” since 2005 featuring many luminaries of the musical theatre stage.

Heather Bambrick – Saturday July 24, 2010 @ 10pm
Heather Bambrick is an award-winning singer, broadcaster, and actor destined to entertain. Her recordings have received international acclaim, and her live shows combine her amazing voice with natural stage presence, warm audience rapport, timeless music, and some of the finest musicians in Canada to create a performance that is simply outstanding.

The Saturday Night Cabarets begin on Saturday, May 1st and will run all year at the Young Centre for the Performing Arts (future participants will be announced at a later date), located at 55 Mill Street, Building 49, in the Distillery Historic District.

Ticket prices: $15 ($10 if you have purchased a ticket for a Soulpepper/Young Centre performance on the same day. Patrons must show their ticket stub for discount). Tickets are available by calling the Young Centre box office at 416.866.8666 or online at www.youngcentre.ca.