If you're in the big (big) city, and whether your interest is primarily in photography or in the music itself, you'll want to try and catch the Jazz Loft Project exhibition before it leaves NYC. 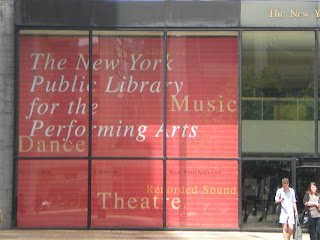 The exhibition, using material compiled at The Center for Documentary Studies at Duke University, includes displays, audio and video stations, and photographs - just a small fraction of the 1,447 rolls of film (or about 40,000 pictures) taken by W. Eugene Smith during the 8 years or so he spent at 821 Sixth Avenue.

In 1957, Smith, a well known professional photographer who'd worked for the likes of Life magazine, walked out on his wife and four children, (as the brochure tells us,) away from his mistress (that part's left out of the official documentation,) and into a life of artistic freedom in a rundown loft building at the 821 Sixth Avenue address, (it's between Twenty-eighth and Twenty-ninth). The building became home to an assortment of artists, writers, and jazz musicians who'd jam until the wee hours in a golden period that lasted until about 1965. Smith not only photographed the goings on, but he taped it, and that not only the music but conversations, telephone calls, you name it. Along with the artistry, he had a definite sense of documenting history, the evidence of which brings that era back to life. 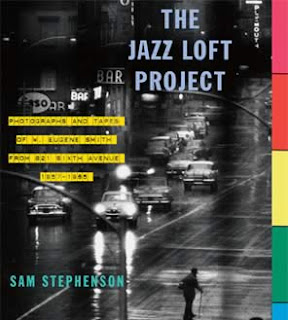 The exhibition includes tidbits like the handwritten tape labels, audio tape of a cop's visit to the loft in 1961, Eugene's phone call to the Ziff Publishing Company of February 1960, where he tells the hapless secretary "I'm trying to find out who my enemies are" before announcing that he'll never produce any more books for them. And, of course, there are many, many photographs, some of them simply streetscapes taken from his own 4th floor apartment. There are audio stations along the walls, and a TV viewing stations where you can view and hear episodes from the Jazz Loft Radio Series,