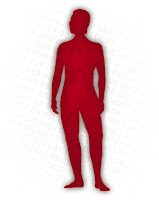 I know what you're thinking - a dramatic oratorio on the 25 year history of HIV/AIDS... what the hell could that possibly be like? I'm happy to report that it's all of the above. It's a production that uses a multiplicity of staging elements from lighting to projections, drama and movement along with the huge musical talents of the cast to bring various elements of the "story" to life, including scientific data, historic incidents, attitudes and scenarios.

The piece is divided into 14 short sections that flow into each other, dramatizing things like "Zero six One" - the numbers attributed to HIV-1 and HIV-2 by the International Committee on Taxonomy of Viruses - Beauty Mark, or the lesions caused by Kaposi's Sarcoma, and Unworthy Prayers, where researchers pray to hit the jackpot of all jackpots of medical research funding. The singers are called upon not only to sing, but to speak, move and act, and they found four multi-talented artists that clearly invested themselves entirely in their roles.

A highlight (among many) was soprano Neema Bickersteth's seductive turn as the disease (Kaposi's Sarcoma), gradually enveloping baritone Peter McGillivray in a red banner with her as she sang about the "... the brand of your lovemaking ... I mark your wet membranes with the badge of my progression..." Each had a star turn, from bass-baritone Marcus Nance's highly dramatic solo in the second movement to Peter's wonderfully comic nastiness in the role of the virus as a kind of evil Elvis. Mezzo-soprano Krisztina Szabó has a gorgeous voice and multi-faceted dramatic talent that ranged from a solemn and disapproving nun to party girl.

The fact the musical accompaniment came from the brilliant playing of the Gryphon Trio and talented Elmer Iseler Singers naturally added to the effect of the whole. There were strictly musical passages, and when it came to the dramatics, the members of the Gryphon Trio (Annalee Patipatanakoon, Roman Borys & Jamie Parker,) and the Singers got into the act too, with costuming, lines and bit parts here and there.

The music of composer Andrew Staniland is modern and dissonant, but still accessible, with a kind of spare beauty that perfectly suits both the subject matter and Jill Battson's poetic libretto. ...his skin another layer of dust for the next four years... or ..onctuous rivulets dribbling... She clearly has a poet's love of language, interspersing more meditative passages with those that describe scientific phenomena and whimsical takes on the topic. There are even flashes of humour here and there, as in Polygyny, which neatly illustrates an understanding of the complexities involved in African social fabrics, rather than taking a facile approach.

I was truly swept away by the beauty of it and the enormous talents of the performers one and all. One thing - at the end, they simply flit off stage, not to return for curtain calls no matter how long or hard we clapped. Happily, I ran into soprano Neema Bickersteth and bass-baritone Marcus Nance at the opening night cocktail party later on, and was able to tell them I think we were disappointed in not being able to give them a standing ovation.

Check it out if you can!