Charles A. Dana Discovery Center
Located inside Central Park at 110th Street between 5th and Lenox Avenues
Sundays 2:00pm to 4:00pm to September 5 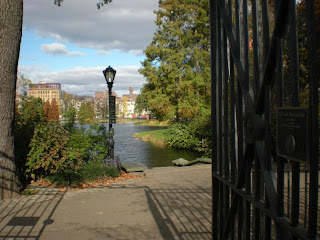 There are few better ways to spend a Sunday afternoon in the summer than outside with some great music. The 2010 Harlem Meer Performance Festival features a smorgasbord of music and dance that ranges from hot Brazilian jazz to Cuban salsa and gospel - and most styles between. They do provide some chairs, but you're best to bring a blanket, some food and drink and enjoy from the lawns.

All concerts take place at the Dana Discovery Center unless otherwise indicated.

Here's the remainder of their 2010 schedule: 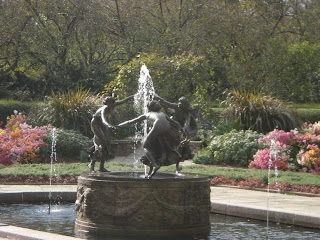 Harlem Blues and Jazz Band
Classic Jazz & Blues from this ensemble that was founded in 1973.
Sunday, July 18, 2010

Blindfold Test
This sextet specializes in Brazilian Jazz. Founder/drummer Vanderlei Pereira has played and recorded with the likes of Tito Puente, Emílio Santiago, Hendrik Meurkens and many more.
Sunday, July 25, 2010
Note: This show will be in the Conservatory Garden

Something Positive
This performance arts organization is dedicated to the culture of the African diaspora. Their multi media performancesi nclude dance, poetry, storytelling, theatre and music.
Sunday, August 8, 2010 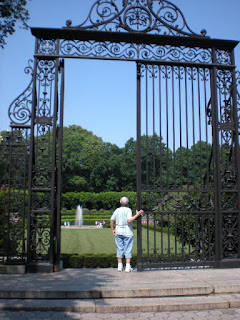 Dja Rara
Haitian roots and soul from this group dedicated to keeping Haitian culture alive in the Diaspora.
Sunday, August 22, 2010

Cocomama
These ladies may hail from Cuba, Israel, France, Argentina, Puerto Rico, Oregon and Wisconsin, but together and based in NYC, they play original Latin music with roots in Afro-Caribbean culture.
Sunday, August 29, 2010