on June 16, 2010
Cheap and good eats and a free concert at lunchtime - Tasty Thursdays take over Toronto's Nathan Phillips Square in July and August - including this CD release event from People Project.

[Toronto ON]   What happens when a group of players drops the notion of borders to merge talent from Canada, Mexico, Cuba, Brazil, and Trinidad to play an innovative musical hybrid of funk, hip-hop, calypso, and Afro-Brazilian --- sung in French, English, Spanish and Portuguese no less?!   What happens is People Project and their new disc, "Natural"! 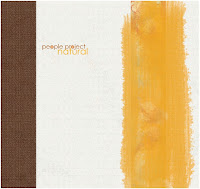 While co-founders Philippe Lafreniere from Canada (Souljazz) and Gabriel Bronfman from Mexico (Quem, Resorte), take the spirit of world music and advance the cross-cultural and musical ante, it’s quickly apparent that it doesn’t matter where the band members are from – indeed the thousands of miles which divide the songwriting duo are rendered meaningless and only to serve to reinforce the magic of artistic collaboration and intercultural exchange.

Unlike a band who may specialize in multiple genres, People Project is instantly distinguished by their ability to apply myriad influences concurrently. The sound they’ve birthed is entirely their own. A cursory tour across Natural’s 13 tracks reveals a wide-ranging degree of grooves identifying a true mélange – all the more innovative for its progressive, multicultural – yet borderless – stance.

A strong jazz sense fires many of these compositions, yet Latin, Jamaican and African influences are present without ever sounding contrived or unnatural.  Surprisingly subtle yet wholly soulful, People Project is a product of the heart – each player is driven by an all-encompassing love – and hope – for humanity, as reinforced by their highly personal and philosophical lyrics.

People Project is by the people, for the people – and in celebration of people everywhere. The sincerity of their efforts to build bridges – creatively and otherwise – is the reason why this music matters. It’s also the reason why it sounds so great – ringing true and "natural" for a brave new world.
Afro-Brazilian music caribbean music jazz Mexican music nathan phillips square reggae toronto music scene world music