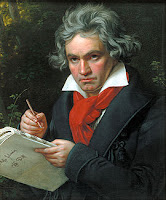 Originally commissioned and produced by Andrew Burashko for Art of Time Ensemble in 2008, The Kreutzer Sonata was presented as part of a multi-disciplinary evening to sold-out houses for two consecutive seasons.

Underscored by Beethoven's Kreutzer Sonata (Sonata for violin and piano No. 9 in A Major, Op. 47), the story explores the dark side of male-female relationships as it tells a tale involving marriage, love, hatred, sexual jealousy, and madness.

Ted Dykstra is an actor, director, writer and composer who hails from Edmonton and lives in Toronto. He has won numerous awards for his varied disciplines and has performed on every major stage in Canada. He is a founding member of Soulpepper Theatre. Music nerds best know Ted as the co-creator of 2 Pianos, 4 hands which he has performed and directed around the world.

Founded by Artistic Director Andrew Burashko, the Art of Time Ensemble is entering its 12th season. Art of Time provides a unique musical experience that breaks down barriers between artistic and musical disciplines, and reveals the vibrancy of classical music as a contemporary artistic expression, appealing to a range of audiences. Its concerts are provocative, engaging and accessible to people unfamiliar with classical music, but also immensely fulfilling to aficionados.

SummerWorks prides itself on producing work that represents Canada's thriving cultural aesthetic. The festival pays special attention to work that is thoughtful, provocative and challenging. Over the last decade alone, over 25 SummerWorks shows have gone on to other major local, national and international productions.

"Dykstra is masterful at retelling the story in an hour-long monologue, he doesn't let our attention falter for a single minute" - Toronto Star

The image of Tolstoy is the only colour photograph of the novelist, shot at his Yasnaya Polyana estate in 1908 by Prokudin-Gorskii, a pioneer of colour photography.
art of time ensemble beethoven summer theatre ted dykstra toronto theatre scene