LIFE IS HORRIBLE.
DEAL WITH IT.
A revue of sketch-comedy and nihilism. 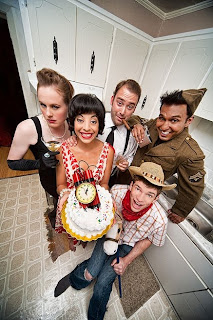 Let's be honest: Life Is Horrible. And it's not just the big stuff,  like Wars, Recessions, or Death. It's also in the everyday, like your  low self-esteem sabotaging your date, your boss continually taking credit for your work, or your six-year old son telling your  mother-in-law all the creative names you have for her. But rather than cry about the unfairness of it all, let's Deal With It. By making fun of it! This collection of comedy sketches captures and celebrates the diverse loads of crap dumped daily at our doorstep. Because laughter is the best medicine, and we're all in need of a cathartic “fix”...