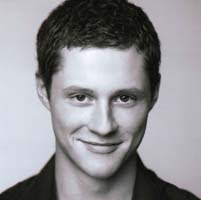 Toronto, ON – Toronto-born actor Noah Reid is set to star on the big screen this fall with a lead role in the Canadian-directed, musically driven comedy Score: A Hockey Musical. The film hits theatres in October 2010, and is anticipating acceptance at the Toronto International Film Festival.

Set and shot in Toronto, writer/director Michael McGowan (One Week) tells the story of 17-year-old Farley (Reid), a quirky home-schooled teenager who shoots from obscurity to a hockey phenom in a matter of weeks, and then struggles with his new-found fame. Reid stars, and sings, opposite Olivia Newton John (singer/actress) and Marc Jordan (composer), who play his highbrow parents, reluctant about their son’s zero-to-hero hockey stardom.

“Hockey has been such a huge part of my life. I grew up playing the game and cheering for the Leafs.  To work with such an amazing cast and crew on a film about my favourite sport was a pretty incredible experience,” said Reid. 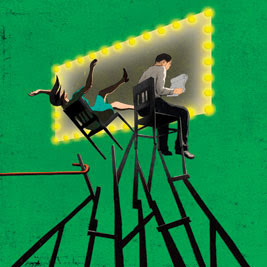 This summer, Reid is also performing in Soulpepper Theatre Company’s latest production, Jitters, by David French. This Canadian classic is about a play-within-a-play that gives a behind the scenes look at the comedic catastrophes of opening a new show. It runs from Thursday, June 24 to Saturday, July 24 at the Young Center for the Performing Arts (55 Mill Street, Building 49).

An actor since the age of eight, Reid is a veteran of the small screen. He was the original voice of Franklin on the popular animated series Franklin the Turtle. After lending his voice in various other animated series (Jane and the Dragon and Pippi Longstocking), he went on to star in the television series Strange Days at Blake Holsey High. Reid played the role of Darrell Fox in Terry, about Terry Fox’s marathon of hope. Other film and television credits include Degrassi: The Next Generation, Soulfood and In Love and War.

Reid holds impressive theatre credits that include roles in the world-renowned Stratford Shakeskpeare Festival, the critically acclaimed Soulpepper Theatre, Blythe Festival and Theatre Aquarius. Reid also portrayed Chip in Disney’s theatrical performance of Beauty and the Beast, which ran in Toronto and on Broadway. He was also a recipient of the prestigious John Hirsch Award given to the most promising actor in the Stratford Festival (2009).