A Quick Guide to Free Music in NYC


From jazz to global beats to classical and pop, here's a look at just some of the music you'll be able to catch gratis in the great outdoors in NYC this summer - by no means an exhaustive listing, but hopefully a handy one with more to come. 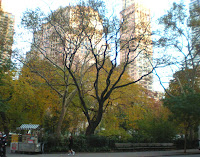