Toronto, August 20, 2010 - The Art of Time Ensemble, under the artistic direction of Andrew Burashko, presents Robert Schumann 1810-2010, a multidimensional program celebrating the music and tragic life of 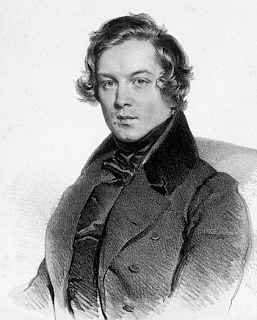 In classic Art of Time fashion, Robert Schumann 1810-2010 transcends musical boundaries in its exploration of the late composer's music, combining readings from Schumann's own letters and critical writings with selections of his music, including the Andante from his Piano Quartet Op.47, selections from Kreisleriana, a selection of lieder, and the entire Piano Quintet Op.44. 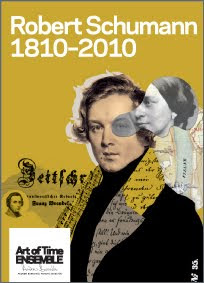 Robert Schumann (1810-1856) was a German composer and the husband of pianist Clara Schumann. He was one of the most famous Romantic composers of the 19th century, as well as a well-known music critic. Struggling to break from the restrictive tradition of classical forms and structure, Schumann's music reflects the deeply personal nature of German Romanticism as his work was often introspective and whimsical. Little understood in his lifetime, much of his music is now regarded as daringly original in harmony, rhythm and form.

Robert Schumann 1810-2010 launches the Art of Time Ensemble's 2010/11 season, which also includes Shakespeare: If Music Be..., Take This Waltz, The War of the Worlds and The Songbook 5 featuring Sarah Slean, as well as a special encore presentation of last year's acclaimed Abbey Road, co-produced with The Royal Conservatory at TELUS Centre for Performance and Learning's Koerner Hall.