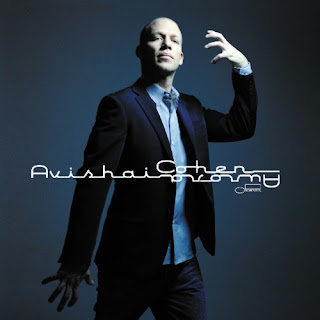 Declared one of the 100 Most Influential Bass Players of the 20th Century by Bass Player Magazine, Avishai Cohen is an alchemist at heart.  Finding inspiration in musicians ranging from Bach to Stevie Wonder, Avishai can transform a tired Israeli school tune back into poetic gold.  He can take the Sephardic melodies his grandfather sang in prayer, or that his mother hummed while washing dishes, and make them groove. In turn, he can take a sinuous and spontaneous jazz bass line and transform it into a top forty hit.

Along with the vibrant Sephardic and Baroque sounds of his childhood, Avishai's sojourn in New York during the 90s made an indelible stamp on his music, where he played with jazz great Chick Corea and as many Latin ensembles as he could manage, drawing on Latin grooves, tucking and transforming them into his arrangements.

Avishai's joyful powers of transformation are in full force on Aurora (EMI/Blue Note), an album turning his roots into lyrical, intense songs that showcase not only Avishai's masterful bass and lifelong musical loves, but his newfound voice.

Cohen sings in Hebrew, English, Spanish and Ladino, as the music draws its source from the earth of his home country and at the crossroads of cultures -- Arab-Andalusian and Hebraic -- telling the story of Bedouins of the desert and of life, love, youth and freedom. Jazz naturally remains at the heart of this original universe – the ideal meeting place for all kinds of encounters.  Aurora is a work of synergy under the Blue Note label, which for years has represented cutting edge jazz, of which Avishai Cohen is undeniably the most modern and irresistible standard-bearer.

Shifting between languages and genres, as oud vibrates alongside piano chords, Avishai speaks with a voice that is both global and local, universally resonant and yet deeply personal.  All thanks to an unexpected turn to song: “The voice is always fresh because it's such a human, ever-evolving instrument," Avishai reflects. “You can never know what to expect and you can never master it, even if you try to gain as much control as you can. It's a healthy but paradoxical thing, like the heart."
avishai cohen bass player hebraic music isabel bader theatre israeli music jazz