on August 25, 2010
From a media release - Jewish-Cuban fusion at the Ashkenaz Festival Toronto - they've gotten rave reviews wherever they've played: 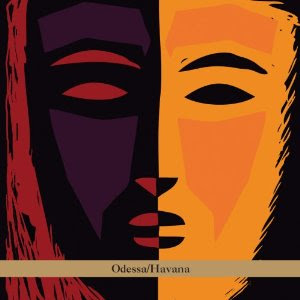 introduce the audience to the music of their second album, La Roza, set for an international February 2011 release on John Zorn’s Tzadik label. It will also feature vocals for the first time in Odessa/Havana’s history.

From the band’s first performance 2006, Odessa/Havana creator David Buchbinder, key collaborator Hilario Durán, and their ensemble of crack World and Jazz musicians have been impressing critics and delighting audiences with their “unique” and “utterly brilliant” creation based in the powerful musical traditions of the Jews and the Cubans. Their first album was named as the #1 Jazz CD of 2007 by both Toronto Life and Allmusic.com, and was named as a top 10 Jazz CD of 2007 by many critics. The band has performed sold-out concerts across North America, including New York, Los Angeles, San Francisco, Vancouver and Toronto.

To mark their return, Odessa/Havana will perform with a guest vocalist: Juno nominee Maryem Tollar. “I’m really excited about working with the vocals,” says Buchbinder, also the founding Artistic Director of the Ashkenaz Festival. “Audiences love singers; they can bring us even deeper into the emotion of the music. [...] The festival is a great place to show this work to a knowledgeable audience, both fans and other artists. I wouldn’t want to be presenting it for the first time anywhere else.”

You can check them out here