on August 04, 2010
Entertainment One
presents
LIFE DURING WARTIME
A Film By Todd Solondz

In writer and director Todd Solondz’s LIFE DURING WARTIME, three sisters and the people they love struggle to find their places in an unpredictable and volatile world where the past haunts the present and imperils the future. The question of forgiveness and its limits threads throughout a series of intersecting love 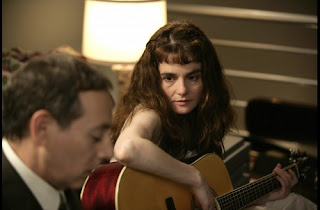 stories, offering clarity and, perhaps, alternatives to the comforts of forgetting. Ten years have passed since a series of shocking and catastrophic revelations shattered the world of the Jordan family. Now, ghosts circle and loom, trouble and console as Joy (Shirley Henderson) discovers her husband Allen (Michael Kenneth Williams) is not quite cured of his peculiar “affliction” and runs away to seek solace and guidance from her mother and sisters. She is pursued by visions of her former suitor Andy (Paul Reubens), now deceased, who nonetheless continues his efforts to win her heart. As these characters and storylines dovetail, expand and collide, they create an emotionally resonant portrait of prisoners of love and life. Alternately hilarious and tragic, outrageous and poignant, LIFE DURING WARTIME is an audacious comedy with unexpected resonance.

TODD SOLONDZ (Writer, Director) was born in Newark, New Jersey, and grew up in the suburbs. In 1996 Welcome to the Dollhouse, a feature he produced, wrote, and directed, won the Grand Jury Prize at the
Sundance Film Festival, as well as the CICAE Award at the Berlin Film Festival, an Independent Spirit Award and a special citation from the National Board of Review. In 1998 Happiness, which he wrote and 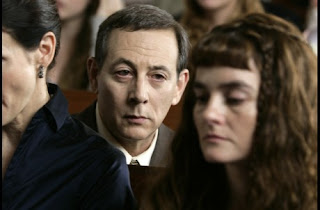 directed, won the International Critics Prize at the Cannes Film Festival, and was nominated for a Golden Globe Award for Best Screenplay. It was also honored by the National Board of Review with an award for Best Acting Ensemble. His next film, Storytelling, premiered at the 2001 Cannes Film Festival, and was named one of the “10 best films of the year” by The New York Times. The Los Angeles Times called it “a virtuoso work in every aspect.” Palindromes premiered in competition at the 2004 Venice Film Festival, as well as at that year’s Telluride, New York and Toronto Film Festivals. Entertainment Weekly described it as “a mood altering meditation on the meaning, and snuffing, of identity in America today… [that] dares to go places no independent film has.”