on August 16, 2010
I won't be in town for this one but it looks like a great time for a good cause, and remember to bring some extra cash for the hat: 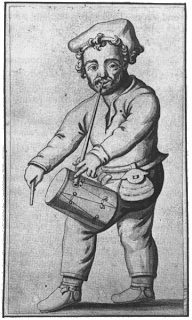 Toronto, August 5, 2010 - Organizers for  Scotiabank BuskerFest 2010 have announced that the festival will feature a wide array of renowned musicians from Canada and around the world. The 11th Annual Scotiabank BuskerFest inhabits Toronto's historic St. Lawrence Market neighbourhood once again as world-class buskers take to the streets in support of Epilepsy Toronto for a wild four days of fun for all ages from Thursday, August 26 to Sunday, August 29.

Some of the musical acts at this year's Scotiabank BuskerFest:

ADMISSION: Pay-What-You-Can at the gate, in support of Epilepsy Toronto. Suggested donation: $5.

Epilepsy Toronto is a non-profit organization that helps people living with epilepsy and their families for the past 50 years.

Buskers retain proceeds from "the hat" passed around among audience members at after their performances.