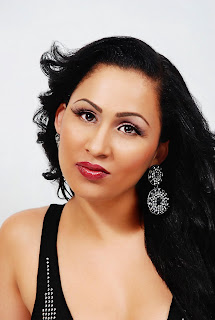 "You can put us on mute, but you can't stop the NOISE"
2010 urbanNOISE festival to feature Ghetto Concept and Kim Davis
Rexdale youth collective organizes fifth annual festival

Toronto, August 11, 2010 - Juno award-winning hip hop duo Ghetto Concept and R&B sensation Kim Davis will headline the fifth annual urbanNOISE festival - a free, all-ages urban arts festival organized by young people in the Rexdale/Jamestown communities to inspire youth to stand up to violence.
urbanNOISE will take place on Saturday, August 21 from 4pm - 8pm on the grounds of the Albion Library in the heart of Rexdale/Jamestown, located in North Etobicoke. This two-day festival kicks off the day before (Friday, August 20) with a series of free urban arts workshops for youth in the area, inside the Albion Library from 3pm-5pm.


urbanNOISE began in 2006 as a joint production of Expect Theatre and Arts Etobicoke aimed at providing arts training to at-risk youth in North Etobicoke while fighting the popular perception of Rexdale as a gang war zone. The festival's message has struck a strong chord with the community; this year, urbanNOISE is being organized by a group of young urbanNoise Ambassadors from the area, including gang-influenced youth, community activists, local artists and students. They created a short video to help promote the festival:

and part of their statement reads: "We are dedicated to serving our community and tearing down the misconceptions and stereotypes that have been plaguing our area. Having experienced the trials and tribulations that come with living in the area, we joined the UrbanNoise team to help demonstrate that there is a wealth of talent, motivation and determination from our youth to make a positive difference." To sum it up, their slogan: "You can put us on mute, but you can't stop the NOISE."
As well as providing a platform for Rexdale/Jamestown residents to speak out against violence in their community, urbanNOISE helps foster up-and-coming talent in Canada's urban music industry. In the past, urbanNOISE has featured such artists as Drake and Jully Black before they became big stars as well as Jelleestone, Divine Brown, Humble and Masia One.

Festival organizers are proud to welcome new sensation Black Sage as emcee whose distinctive 'Couture Rap' delivers a creative depiction of today's society; and Toronto artists Ghetto Concept and Kim Davis as the headliners for this year's urbanNOISE.

Hailing from Toronto's Rexdale and Lawrence Heights neighbourhoods, Ghetto Concept have been performing since 1989 and have collaborated with many major Canadian artists, including Divine Brown, Maestro, Kardinal Offishal, Snow and Red1 of the group Rascalz. They have twice won Juno Awards for Best Rap Recording.

Kim Davis is one of Canada's most popular up-and-coming R&B performers, without having even released a single album. She has been nominated for a Juno Award and two Stylus Awards for R&B Single of the Year, has twice won Buffalo radio station WBLK's Unsigned Hype contest, and has opened for such acts as Alicia Keys, Flo-Rida and John Legend.

The headlining acts will be joined on stage by a multitude of talented local performers including JJ Money, Mista Bourne, Theo 3 and the ABS Breakdancing Crew, as well as young Rexdale/Jamestown residents looking to showcase their skills in the presence of established artists. Since some of Canada's hottest urban music stars have played the festival before making it big, the future of Canadian hip hop just may just be found on stage at this year's urbanNOISE.

In addition to music, the festival will feature a number of activities including a one-of-a-kind graffiti T-shirt giveaway by Studio 32, fashion show, graffiti workshop, African drum and dance workshop, dunk tank, games, prizes, barbecue and more.