In one segment of this absorbing documentary, Dr. Walter Anthony points out that while North Americans of European origins retain their cultural ancestry, "Africans who are ripped from the continent mysteriously 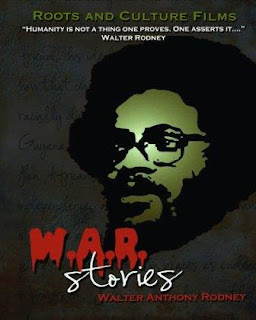 disappear... and become negros." It's a mere taste of the blunt yet literately phrased analysis of racial politics, colonialism and corruption that earned him fame and the respect of many - just as it did the dangerous enmity of figures in places of power.

This documentary film tackles the short 38 year life of Guyanese born political thinker, brilliant scholar and poltical revolutionary. Throughout a career that took him from his native Guyana to London, Tanzania, Jamaica and then finally back home, he became an increasingly influential figure in a global movement towards anti-colonialism, and later on workers' rights as the colonial powers were replaced with a homegrown ruling class. His often turbulent trajectory as an intellectual and political figure culminated in his murder on June 13, 1980 in an explosion - an as yet unsolved crime, despite the fact there was a witness.

It's a dramatic story and a subject that  many others have dealt with in various media. Clairmont Chung's approach, however, brings a skillful narrative touch that threads the reminisces and recollections of a host of people from political brothers in arms to family members, friends, writers and filmmakers into a coherent story that begins at the end, so to speak, and then proceeds from childhood on.

The footage pieced together consists of direct interviews, travelogue style and archival footage, newsreels, and other visual flotsam and jetsam that relate to the places and themes. At times, a Caribbean flavoured soundtrack accompanies the segments. The resulting pastiche propels the story along from start to finish with an engagingly kinetic quality.

What comes out of it is a fairly clear portrait of the man. He emerges as a gifted student, impressing teachers from childhood on to his post-graduate dissertation, published in 1970 under the title A History of the Upper Guinea Coast, 1545-1800K. He was an inspiring speaker and masterful debater who seemed to become the intellectual heart wherever he set up. On being expelled from Jamaica in 1968 for his active support of workers' causes, violent riots broke out. His books, including the seminal How Europe Underdeveloped Africa, published in 1972, were received as controversial by some, and hugely enlightening by others.

As a special bonus of it being the African Diaspora Film Festival, director Clairmont Chung was there to talk and answer questions after the screening. When asked how long the film had taken to put together, he answered, "Five years. Really, it encompasses my entire life. It was always in the making." Obviously it was a labour of love. 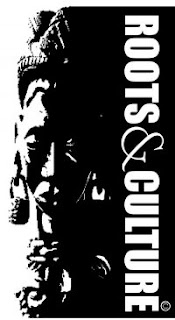 While it ends on that inevitable downbeat, as a film it's a powerful reminder of the steep cost society too often exacts from those who seek to upset the balance of power. Clairmont's answer to the last question perhaps sums up (one of the) messages of Dr. Rodney's life. Someone asked about the balance between his intellectual contributions as opposed to the personal portrait as handled in the film, and the answer was that Rodney himself made no such distinction between his political and his personal life. How many of us can truthfully say that?

DVDs available at this link