on September 25, 2010
An innovative series at Harlem's venerable Apollo Theatre. Here's a look at what's coming up in October - from various sources: 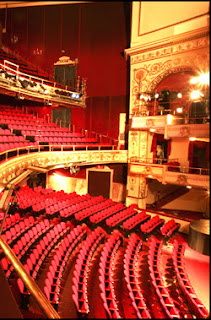 Since 2006,  the Apollo Salon Series has an incubation and performance program for mid-career artists working in diverse genres of the performing arts, including music, theater, spoken word, multimedia, and movement. Artists receive one week of time on the Soundstage and access to Apollo resources to develop new works. Projects culminate in two performances with audience discussion after each presentation. The Series involves up to 10 projects per year. The Salon Series allows the Apollo to nurture works of high artistic value. This is part of a comprehensive programmatic shift to integrate artistic performance as part of the Apollo's core offerings.

Please join Apollo artists and friends for the 2010 Salon Series opening event featuring a lively discussion hosted by WQXR’s Terrance McKnight.  Salon Series artists will be in attendance to speak about their work and present excerpts.  The evening will also feature turntable master, DJ Rupture.

Founded in 1999 by guitarist and noted writer Greg Tate, Burnt Sugar The Arkestra Chamber was created as a forum for New York area improvisational musicians to explore the totality of  black American music and its offshoots in the 21st century. The collective combines their many influences into exciting and innovative 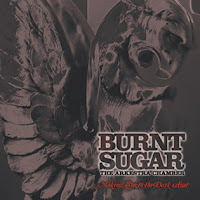 hybrids.  The results are based on a solid foundation of superb old school musicianship and cutting-edge music technology.

For the Salon Series, the 21-member Arkestra’s array of guitars, strings, horns, keyboards, percussion, and voices will re-orchestrate several medleys taken from James Brown’s three Live At The Apollo albums, and re-imagine them in the styles of Brown contemporaries such as Miles Davis, Sun Ra, John Coltrane, Nina Simone, Jimi Hendrix and Chaka Khan. This unique program has been subtitled “J.B.’s Funky Divas vs. the Revolution of the Mind” as it will not only feature music made famous by Mr. Brown himself but the productions and compositions he developed for his premiere female vocalists as well--notably Vicki Anderson, Lyn Collins and Marva Whitney. 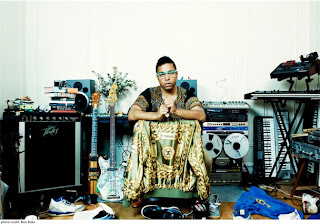 illed Andy Warhol?/Who Shot Biggie Smalls?”, a musical performance by Voidwell and his electro-acoustic backing band, combines video, sound, costume and choreography to trace the arc of pop culture from 1960s visual artist Andy Warhol to 1990s rap legend Biggie Smalls. The performance will prompt audience members to create their own understanding of "pop" and the distinction between pop culture and high culture.

Celebrated New York-based vocalist Helga Davis, whose inter-disciplinary practice includes work with composers and choreographers alike, constantly uses her powerhouse vocals and penchant to cross freely and seamlessly between genres to push the envelope and explore music’s unchartered terrains. With her piece 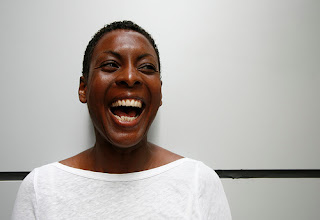 The performance, a multi-media songbook adapted from Goethe’s Faust, features Davis in a sonic/visual world created by Liberovici. The piece includes a recorded narration by Robert Wilson and a recorded cello improvisation by renowned cellist Jeffrey Zeigler (of Kronos Quartet).

Check out a video clip here