TORONTO – THURSDAY, SEPTEMBER 9TH, 2010 – A cultural phenomenon and one of Iran’s most controversial and influential musicians today, Mohsen Namjoo gains worldwide appeal with his visionary 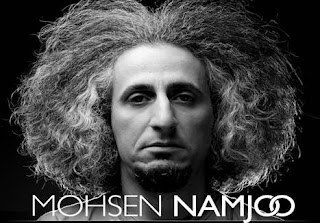 take on traditional Persian music fused with Western blues and rock. With his band and full live orchestra, Namjoo takes the stage at Toronto’s prestigious and newly renovated state-of-the-art facility at the Sony Centre for the Performing Arts on Saturday, October 16.

Hailed as "the Bob Dylan of Iran" by the New York Times, Mohsen Namjoo is a cultural wonder and visionary artist who speaks for, and touches the souls of, today's younger generation in his home country. With his non-conformist slant on classical and neo-classical Persian music, the master vocalist, composer and setar player breaks the mold where originality is concerned. By seamlessly blending western blues and rock influences with his outrageous and irreverent renditions of the traditional Persian stylings, Namjoo has captured the heart and soul of Iran’s youth and has become an international sensation. 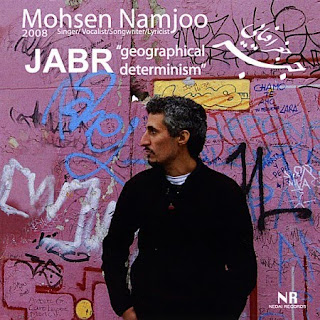 Trained at – and expelled from – the Tehran University Music Program due to his refusal to tow the conventional line, Namjoo’s daring and unorthodox approach to the dogma of traditional music in formal institutions pushed him out of the mainstream and into cyberspace. Despite the extreme difficulties facing an independent artist in Iran, his prolific career soared as he found a vast internet audience with his debut album Toranj, followed by enormous worldwide attention.

A true rebel transcended from the confines of traditionalism and free from the restrictions of Iranian oppression, Namjoo is now based in California, where he is fortunate to have the freedom to reflect on the contemporary pains and dilemmas of his generation. His pieces written for In “A Minor”, while unique in theme, form and structure, feature a bold accessibility and lyrically charged quality that resonates most prominently with Iran’s youth. Appropriately described by Vanity Fair as "... the voice of Iran’s youth..", his diverse musical ability spans a range from extremely personal solo ballads and love songs to fantastical epic compositions, utilizing an extensive variety of instrumental and vocal arrangements. His musical finesse is demonstrated by occasionally tapping into classic verses from Rumi and Hafiz while sometimes playfully fusing these and his own lyrics with poems by modert masters of contemporary times.

Namjoo’s sense of theatrics in his live performances engages audiences of all backgrounds, touching the listener regardless of language barriers. Since 2007 he has been invited to numerous international music festivals and events in North America and Europe, such as the Venice International Film Festival, a sold-out performance at the Sala Verdi of the Milan Conservatory and at the Disney Centre in Los Angeles. A North American tour is in the works.
iranian contemporary music mohsen namjoo sony centre toronto concert toronto music scene