on September 12, 2010
Here's something to add to your "must see" list for Toronto's Nuit Blanche coming up soon:

TORONTO – TUESDAY, SEPTEMBER 7, 2010 – Toronto-based singer, composer and media artist Laurel MacDonald will launch XXIX, an original audio-visual work of art featuring 21 voices – each singing in a different language – in the lobby of the ROM as part of Nuit Blanche, Oct 2-3, 2010. 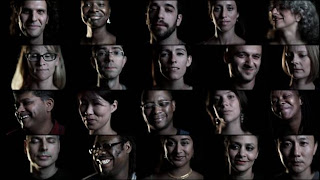 In 2007 MacDonald collaborated with longtime associate John Oswald to create QUI, a sound installation for 29 voices singing in 29 languages over 29 speakers, a permanent exhibit for the Royal Ontario Museum in Toronto. In 2010, MacDonald decided to create a visual counterpart to this sound work.

The result is the video installation XXIX, which will have its world première during the Nuit Blanche festival at the Royal Ontario Museum on October 2 and 3, 2010. XXIX features 21 of the original 29 QUI singers, performers from many musical genres. They are among the most gifted artists in Canada, each singing in the language of her or his personal heritage. XXIX is an intimate portrait of these singers, and a mirror image of the dynamic and spiritual power of the QUI music.

The XXIX video installation will be projected, along with a special remix version of the QUI music, in the 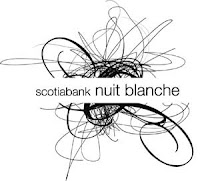 lobby of the Royal Ontario Museum. It will run in a continuous loop of about six minutes’ duration, from dusk until dawn on the night of October 2 through the morning of October 3, 2010.

Haunting the periphery of the Canadian music scene for about two decades, Laurel MacDonald has released several critically acclaimed CDs, each produced by her creative partner Philip Strong. This body of work features Strong’s distinctive sonic signature and MacDonald’s otherworldly vocals. Their music has been heard in countless film, television, theatre and dance productions, one of which earned them a Gemini Award in 2003.

During the early 2000s MacDonald felt compelled to revisit her roots in visual art through the medium of video. By 2006 she had exhibited her first video installation, and her video work has since been programmed at Toronto Alternative Fashion Week, the Luminato festival in Toronto, and the Festival International du Film sur l’Art in Montreal.