Anniversary season with a sumptuous new production of Handel’s pastorale, Acis and Galatea, at Toronto’s Elgin Theatre (189 Yonge Street). Sung in English with English SURTITLES™, performances run October 30, November 2, 3, 5, 6 and 7, 2010 beginning at 7:30 p.m. with the exception of the November 7, Sunday matinee at 3 p.m.

Based on Ovid’s tale of the water nymph Galatea and her doomed love for the Arcadian shepherd Acis, Acis and Galatea is one of Handel’s best loved works, and considered the pinnacle of 18th century pastoral theatre.  The opera weaves together a story of startling sensuality and humour blended with moments of heartrending poignancy – all told through some of Handel’s most sublime music for singing and dancing. 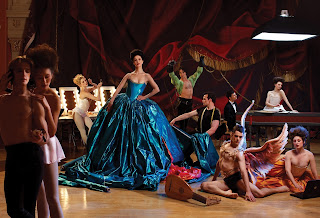 Gerard Gauci, OA’s resident scenic designer has designed both the costumes and sets for this production – a first for OA! Gauci, a well-known Toronto artist, recently designed the Art Gallery of Ontario’s stunning theatre-themed exhibition Drama and Desire. Gauci’s paintings are regularly exhibited at the Leo Kamen Gallery in Toronto and Montreal’s Gallerie de Bellefeuille.

Acis and Galatea will be directed by Marshall Pynkoski and choreographed by Jeannette Lajeunesse Zingg, OA’s co-artistic directors. The production is a showcase for the full corps of Artists of Atelier Ballet and Tafelmusik Baroque Orchestra and Chamber Choir under the baton of David Fallis.  The production will be lit by Kevin Fraser.

Tenor Thomas Macleay, who thrilled Toronto audiences with his performance in last season’s Iphigénie en Tauride, will sing the title role of Acis.  Macleay’s recently made his Canadian television debut as Gennaro in Bravo Canada’s “Death at the Opera.”  Macleay’s upcoming performances include La Traviata and Otello with Edmonton Opera and Kurt Weill’s Seven Deadly Sins with Alberta Ballet.  Canadian soprano Mireille Asselin, will make her main stage debut with OA in the role of Galatea, having previously toured with the company in South Korea.  Praised by critics for her “crystalline tone, agile coloratura” and “vivacious stage presence”, Mireille Asselin will be featured at Yale Opera this year in the role of Susanna in Le Nozze di Figaro, and in the title role of Stravinsky’s Le Rossignol. 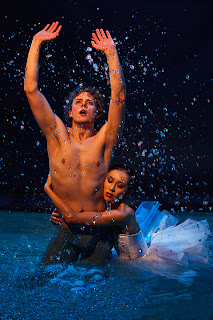 Dramatic contrast is provided by the voices of Portuguese bass João Fernandes who appears as the jealous giant Polyphemus and tenor Lawrence Wiliford as the spirit Damon.  João Fernandes last appeared with Opera Atelier as Seneca in the The Coronation of Poppea (2009).  Other operatic engagements have included Giove in La Calisto (Royal Opera House, Covent Garden), Claudio in Agrippina (New York City Opera), Bellone in Les Indes Galantes (Paris Opera), and Tiferne in Eliogabalo (Théâtre Royal de la Monnaie and Innsbruck Festival).  American-born tenor Lawrence Wiliford – an Opera Atelier favourite – returns to the company having enjoyed enormous success in OA’s previous productions of The Return of Ulysses and The Abduction from the Seraglio.

Opera Atelier also gratefully acknowledges the ongoing support of The Canada Council for the Arts, the Ontario Arts Council, the City of Toronto through the Toronto Arts Council, and the Creative Trust.