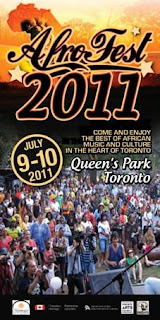 TORONTO: AFROFEST, a free celebration of the richness and diversity of African culture, is set for Queen’s Park in Toronto on Saturday July 9th and Sunday July 10th.  Featuring world-renowned African musicians and top African groups based in Canada, an African marketplace, food and craft vendors, artistic displays, music workshops, and organized activities for youth and children. Afrofest is THE cultural event of the summer.  Discover Africa in the Heart of Toronto!

, with his band The Blacks Unlimited, will be a feature act of Afrofest 2011. “The Lion of Zimbabwe” is considered both the Bob Dylan and the Bob Marley of Southern Africa for the immense impact his songs and life example have made on the music and culture of his homeland.  The "Chimurenga" music

he created was the soundtrack of the revolution in Zimbabwe. 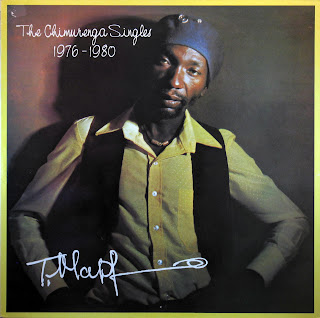 A titan of African recording, Mapfumo, with more than 20 albums

of outstanding original music to his name, has been performing his songs of love, freedom and justice for more than 40 years.  Mapfumo has twice before performed at Afrofest, this year he’ll take the stage to complete the weekend line-up, on Sunday, July 10.

will also be performing an ‘Afterfest’ concert at the Lula Lounge, 1585 Dundas Street West, on Monday, July 11. Admission is $20 at the door, $15 in advance – Tickets available at Afrofest and other locations to be announced.


South Africa’s Dizu Plaatjies and Ibuyambo will make their Canadian debut performance at Afrofest 2011. Dizu led his band Amampondo in wowing the crowd at Nelson Mandela’s famous birthday concert at Wembley Stadium in 1988. They were later made official ambassadors of South African music, and their 2000 show at Afrofest stands as one of the festival’s finest ever performances.

• For more information on Afrofest and stage performers go to www.musicafrica.org

Music Africa thanks all those who supported keeping Afrofest at Queen's Park in 2011. There should be no doubt that Music Africa will resolve all outstanding issues and put on an Afrofest to be remembered.

Music Africa gratefully acknowledges the support of the Department of Canadian Heritage, the Toronto Arts Council, the Ontario Trillium Foundation and the Ontario Arts Council. Many thanks also to media co-partners CBC Radio 99.1 FM and CIUT 89.5 FM.