on September 23, 2010
From a media release about what sounds like an important documentary being released in Canada, including some special screenings with the director in attendance. Jamie Moffett will also be meeting with Canadian government representatives including Peter Julian and John McKay before the vote on a newly proposed Bill C300 - proving my theory that you can learn a lot more about what's really happening in the world from art than from the news.

If you're not familiar with Bill C300, it has to do with corporate accountability for the activities of mining companies who operate internationally - what a concept! 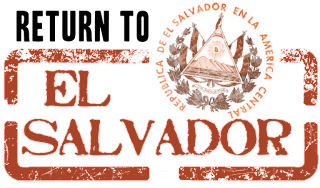 (Toronto – September 23, 2010) - Whatever happened to the human rights hot-zone known as El Salvador? It’s still there. It’s the media that got distracted. Others - including Martin Sheen - refused to turn away.  Well known for his activism in social justice, Sheen holds a particular interest in El Salvador and the Salvadoran civil war. He was present for the January 17, 1990 protests of U.S. policies in El Salvador at the Federal Building, where 234 demonstrators were arrested. He has worked on movies such as Choices of the Heart

, which connected the murders of four U.S. Catholic women in El Salvador to America’s political and military involvement in that country. 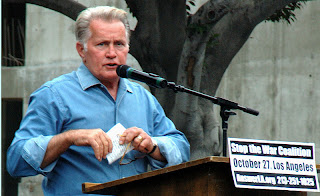 Return to El Salvador, narrated by Martin Sheen, is the latest documentary from director Jamie Moffett, who explores the reconstruction of El Salvador, post-civil war.  The 12-year conflict (from 1980 to 1992) killed over 75,000 people and displaced nearly one-fifth of the population.  The fighting, which took place between the Salvadoran Army and the leftist guerrilla organization, the Farabundo Marti National Liberation Front (FMLN), resulted in a staggering number of civilian deaths as the Salvadoran Army bombed and raided villages thought to be sympathetic to the FMLN. Many of these Salvadoran Army soldiers were trained and supported by the United States military at its School of the Americas (now known as WHINSEC), located in Ft. Benning, Georgia. (Martin Sheen is pictured in 2007 - photo by Damon D'Amato of North Hollywood, Calfornia)

Return to El Salvador brings the struggles of this beleaguered country back into view and examines what drives over 700 Salvadoreans to flee their homeland each day, often risking their lives to illegally enter countries in search of a better life for their families.  It also profiles a Salvadoran couple who fled death threats in the 1980s, finding asylum and a political platform in the United States. We meet another couple who, after escaping during the war, returned to El Salvador to work with churches and poor communities. And a family speaks out about their continued hunt for the truth about a murdered anti-mining activist.

This film explores the hopes of the Salvadoran people and walks with them in their journey. Return to El Salvador represents the power and audacity of solidarity and challenges North Americans to question the global impact of their government on struggling nations.

After support from Martin Sheen and endorsements by Nobel Peace Prize winner, Archbishop Desmond Tutu, as well as a Canadian member of parliament, John McKay, Jamie Moffett's latest film, Return to El Salvador lands in Canada for a tour that will make an impact on Canadians as well as members of Parliament who are voting on a newly proposed Bill C300. 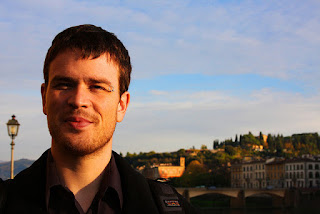 On September 24th in Ottawa Jamie Moffett (pictured) will be meeting with several members of Canadian Parliament including Peter Julian and John McKay.

You can check out clips of the film here and here.

Jamie Moffett Media Design & Production, uses motion picture to document the stories of those struggling for peace and justice in their communities and around the world; ordinary people who do extraordinary things with some simple love and service. In addition to two feature-length documentaries, The Ordinary Radicals and Return to El Salvador, Jamie Moffett Media Design & Production has produced dozens of short films, music videos and commercials. 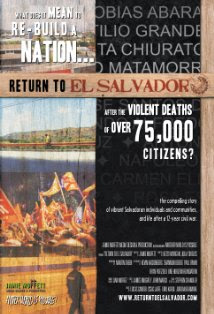